I have a backyard pond that is pretty small- about 5x10. I was told that getting fish would help keep the pond clean of algae, which would be helpful. But I'd love to have frogs and a local garden center has native tree frog tadpoles available. Is there a kind of fish that would not eat the frogs? I realize that fish would likely eat tadpoles, but I'm hoping there's a fish species that wouldn't go for the adult frogs. The classic backyard pond fish is a goldfish, but they get big enough they'll surely eat up the frogs.

There are a few considerations when deciding what to do with a water feature on your property.

The size of your pond is not that big, so it will have limited potential to support a diversity of wildlife species. Since your pond is small, it is very likely that all the tadpoles will be eaten if you add fish because of limited space.

Another consideration is how the pond is designed. Wildlife respond to structure, or how the space is arranged. The more vegetation, such as shrubs, grasses, and other plants, as well as logs, branches and other items that create places to hide, the more chances the frogs have to escape the fish. Underwater structure also provides fish places to hide. If tadpoles develop into adult frogs, they may or may not stick around if the pond doesn't have the right kinds of vegetative structure. There's only so many places to hide and find food in a small pond, though, even if you have this kind of structure.

Any wildlife species is going to need to be able to find the right food to grow, develop and reproduce. If the tadpoles don't have adequate algae and other food to eat, they won't develop into adults. If they do develop into adults, but the pond isn't attracting enough insects, the frogs won't survive or will move on to search for food. And, of course, the fish might well use the tadpoles and adult frogs for food.

Another consideration to think about with a pond is oxygen supply. Because a pond is a closed system, it doesn't have a chance to replace its water on a regular basis - that is, unless yours has an recirculating or fresh water supply from your house or other water source. Water movement, either from fresh water or an aerator (bubbler), improves the chances that the tadpoles and fish survive. Continual fresh water also improves temperature regulation, preventing the water from getting too warm. Fish and tadpoles have a range of temperature that they need for survival. Water movement and oxygen will also help prevent your pond from developing excessive algae growth that can eliminate open water and consume all the available oxygen supply as algae decomposes. Avoid over fertilizing the surrounding area, as runoff from lawns adds nutrients to water features and causes excessive algae growth.

I'm not a fish expert, and would recommend doing a bit more research on appropriate fish species for small ponds. Always follow regulations from the Oregon Department of Fish and Wildlife when deciding on releasing fish in a pond.

The last consideration of any pond is what else might be attracted to the pond. There are many examples of backyard ponds attracting the attention of Great Blue Herons and other predatory birds. Herons will clean out a pond of fish and frogs very quickly, and have been known to cost owners a lot of money when investing in expensive fish like koi. It is also possible that a pond will attract frogs without stocking them with tadpoles.

Finally, I would ask some more questions and do more research about what type of frogs the garden center is selling and if they are truly a native species. There is a risk of releasing exotic species into the environment that may become a serious invasive, outcompeting native frog species that already live in your area (see Oregon Department of Fish and Wildlife's aquatic invasive species website. For example, bullfrogs are a serious invasive species in Oregon, and will consume fish, native frogs, young turtles, and even birds! Native frogs have a lot going against them and in many areas, with populations declining significantly. Also, there is a high risk of releasing pathogens into the water, such as fungi, bacteria, and viruses, that are carried in on outside sources, including garden center tadpoles. They can then spread to native frog species in the area. While it's great that you want to use native species in your pond, I recommend doing more research so you avoid these potential issues. Again, check with the Oregon Department of Fish and Wildlife to make sure you aren't choosing prohibited species (see list of prohibited species)

Having both frogs and fish successfully in the same pond is probably unlikely. I would suggest picking one or the other, perhaps the fish, then give the pond some time to see if it also attracts frogs from the surrounding area.

You might be interested in the following Extension publication on ponds: The Wildlife Garden - Create a Garden Pond for Wildlife

This publication is large, and focuses on the design and construction of woodland ponds, but has some great information about habitat considerations and wildlife species: Woodland Ponds - A Field Guide 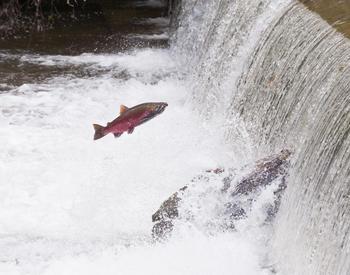 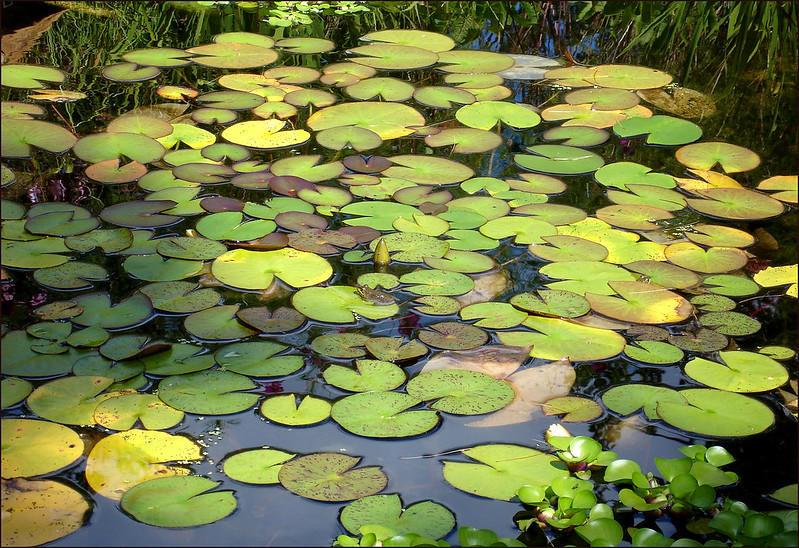 This report on the status of Oregon's marine aquaculture industry identifies barriers to expansion from multiple sectors' perspectives and highlights opportunities to support sustainable expansion with informed regulations to reduce environmental impacts.

What Happens if Prey Moves Away? The Story of a Movable Feast (HMSC Sea Lion Exhibit)

Public exhibit on the projected shift in temperature that could be associated with significant movements in the small fishes that make up much of the diet of California sea lions.

Researchers are investigating if oysters grow better when grown with empty shells which dissolve and emit calcium and carbonate into the water and potentially help fight ocean acidification.

Video describing sea star wasting disease and how to test for the disease using bloodwork.

Microplastics in Razor Clams and Oysters

Video on research studying the amounts and types of microplastics in razor clams and oysters along the Oregon coast.

Responsibilities and Costs of Owning an Aquarium

An exhibit that lists the responsibilities of owning an aquarium.

An exhibit describing what Pacific sea nettles eat and the subsequent impacts.

From River to Retail: A Fish's Journey

An HMSC Visitor Center exhibit about sustainably harvested aquarium fish from the Rio Negro in Brazil.

This video explains how new and sick animals are quarantined and treated in the behind-​the-​scenes area known as the west wing.

This video combines rare color-film footage of the great Indian fishery at Celilo Falls on the Columbia River with public radio reports from 1990-91 about the listing of certain salmon populations under the Endangered Species Act (ESA).

A series of online videos about some of the occupations and activities comprising the working waterfronts of the Oregon Coast.

This video is about coring on the Salmon River Salt Marsh in Oregon.