The cabbage whitefly was first found in Oregon in a Portland backyard garden in 2014. It is native to Europe, but has been found in many countries throughout the world, and has been established in the Eastern United States since 1993 and California since 2001. It has a wide host range, but its preferred hosts are cabbage, Brussels sprouts, cauliflower, broccoli, and kale. Now that it has arrived, it is likely to stay and gradually become more common.

Adult cabbage whiteflies are about 1/16” long, white, and have two pale gray blotches on each wing. This pest leaves circular waxy areas on the undersides of leaves. Crop quality is reduced via the occurrence of the waxy deposits along with the presence of eggs, nymphs and sooty mold.

Eggs are laid in a circle or semicircle pattern on the underside of leaves and hatch in about 12 days. There are three scale-like nymphal stages followed by a pupal stage, all of which are immobile. Adults overwinter on the undersides of leaves. This pest has multiple generations per year.

Although little information about the management of this pest exists for Oregon, information on control of whiteflies in general may be of some use. Adult whitefly can be monitored with yellow sticky cards placed in the field. Whiteflies generally have many natural enemies and encouraging predators and parasites in the field can be helpful. Whiteflies can be difficult to control with insecticides, as the eggs, nymphal and pupal stages are often unaffected by chemical sprays. Repeated applications directed at the undersides of the leaves are often needed to control emerging adults. Insecticidal soaps or oils applied when temperatures are below 90°F can provide some control without disrupting natural enemy populations. Practicing good sanitation can also be helpful by removing old vegetation from the field, therefore reducing overwintering locations for this pest. 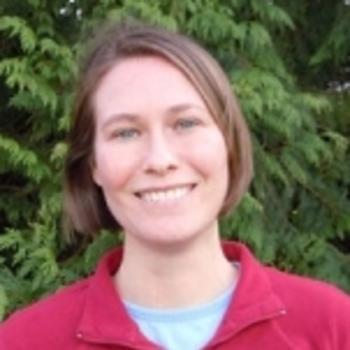