CORVALLIS, Ore. – From a bee’s-eye view, cities aren’t the biological deserts experts once thought, thanks in large part to gardeners.

This new information is supported by a review of current research by an international collaboration of scientists, including Langellotto and David Lowenstein, an OSU Extension research associate. Both researchers conducted studies to determine the number and species of bees and other pollinators in urban gardens – Langellotto in New York, Lowenstein in Chicago – and added their results to those of their colleagues.

Up until recently, most people – including policy makers in government and conservation – have considered cities biological wastelands where bees and other pollinators aren’t supported by their preferred habitat. Presently, most outreach focuses on educating the public about preservation challenges so that they appreciate and support ecological efforts. Langellotto and her colleagues want to see those strategies expanded to include citywide initiatives.

An example might be rebates for homeowners who plant pollinator-friendly gardens. On a larger scale, government entities could create built-in habitat by planting flowering shrubs and perennials in parks, along roadways, right-of-ways, greenspaces and other appropriate areas.

“Urban ecology is often an afterthought,” Lowenstein said. “But there’s a push to make cities livable places. We’d like to see a paradigm shift to mobilize the expertise of land planners, architects and other relevant stakeholders to think about open space and incorporate it into urban design that’s useful in an ecological way.”

Homeowners already play a significant role in urban conservation of bees, both native and honey bees, and other pollinators simply by having a garden with flowers.

“You don’t have to put too much thought into what you plant,” Langellotto said. “Flower type or plant type doesn’t seem to matter. What matters is that you have flowers in your garden. That seems to be the overall driver.”

Still, if you’d like to be more systematic, plant a diverse selection of plants that bloom over a long period. Bees are more attracted to blue, purple, white or yellow flowers with tubular or ray-like shapes. Some particularly enticing plants for bees include lavender, Russian sage, sunflowers, cosmos, asters, zinnias, coneflower, black-eyed Susan, bee balm and sweet alyssum.

Providing water is also helpful. Most important, though, is not using broad-spectrum insecticides, Langellotto cautioned. For more information, refer to Extension’s publication on Encouraging Beneficial Insects to Your Garden.

Langellotto will continue her research into urban pollinators by recruiting master gardeners who are willing for her to sample their gardens for two to three years. She’ll study gardens and surrounding areas to determine if the biological diversity in cities is spilling out into surrounding pollinator-dependent agricultural areas like orchards. 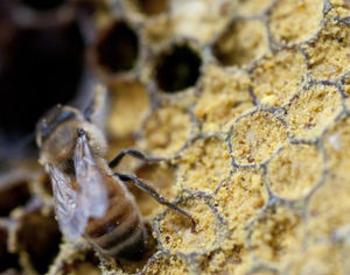 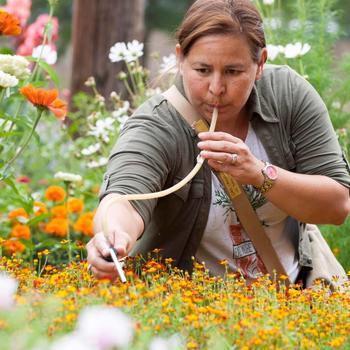 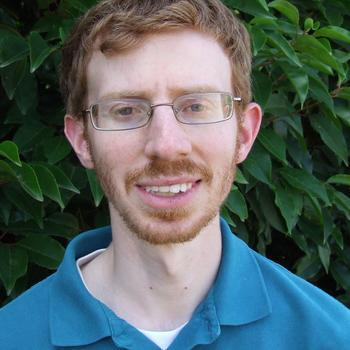 Cosmos and other ray-like flowers attract all sorts of bees from native bumble bees to honey bees. 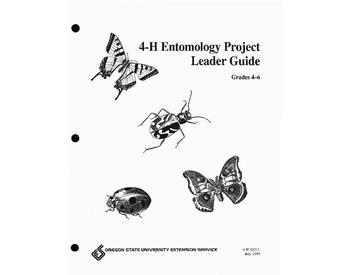 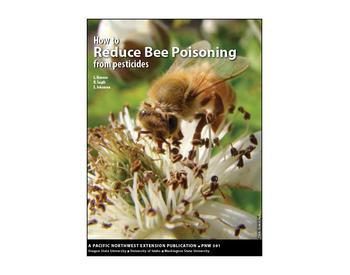 How to Reduce Bee Poisoning from Pesticides

An overview of how a variety of wild and managed bees and their pollination activities are affected by pesticide application. Provides guidelines for how beekeepers, growers, and pesticide applicators can work together to prevent ...

What's the Buzz about Bees?

Scott Mitchell is a Masters of Science student in the Oregon State University Department of Fisheries and Wildlife. His research focuses on pollinator health in the rangelands and riparian areas of northeastern Oregon. He examines... 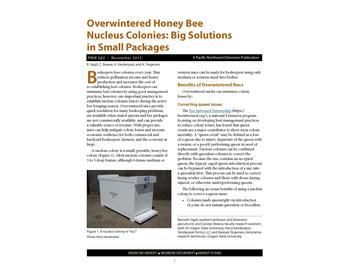 This publication describes how commercial and backyard beekeepers can minimize colony losses through such best management practices as establishing nucleus colonies, which can provide quick resolution for many beekeeping problems. 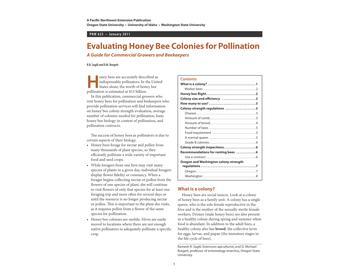 In this publication, commercial growers who rent honey bees for pollination and beekeepers who provide pollination services will find information on honey bee colony strength evaluation, average number of colonies needed for ... 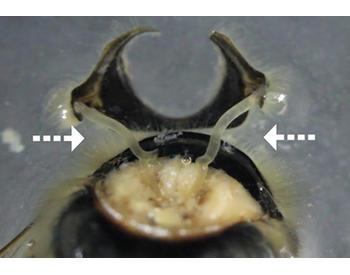 Knowing the levels of tracheal mites in your apiary and understanding the effects of their presence will enable you to make an educated decision on your treatment plan. In this video, we demonstrate the dissection of a honey bee worker for tracheal mite infestation.

Christina Grozinger is the Publius Vergilius Maro Professor of Entomology and the Director for the Center for Pollinator Research at Penn State. She is a Fellow of the Entomological Society of America and the American Association...

Shelby received her B.S. in Entomology and Agricultural Leadership and Development from Texas A&M University in 2017. She is broadly interested in bee biodiversity, taxonomy, systematics, ecology, biology, and biogeography. Shelby is ... 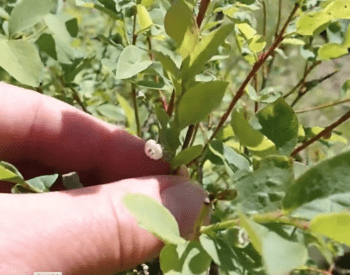 Knowing the levels of Nosema in your apiary and understanding the effects of its presence will enable you to make an educated decision on your treatment plan. In this video, we demonstrate how to process a sample of honey ... 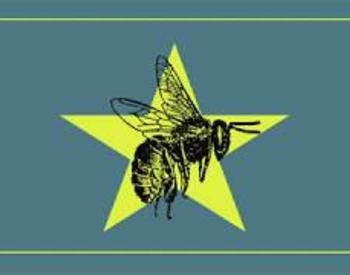