CORVALLIS, Ore. – Nellie Oehler, who has served Oregon’s 4-H Youth Development Program for more than five decades, is the state’s 2017 inductee into the National 4-H Hall of Fame.

Oehler will be one of 16 people inducted on Oct. 6 at the National 4-H Youth Conference Center in Chevy Chase, Maryland.

“This is such a wonderful honor,” said Oehler, a 2009 inductee to the Oregon 4-H Hall of Fame. “My passion is 4-H and I love working with kids. If I can work with kids in some way, I will do it.”

Pamela Rose, Oregon’s 4-H youth development program leader, said, “It is such an honor to recognize Nellie Oehler, who has made such an imprint on the Oregon 4-H program. We are truly grateful for Nellie’s service and incredible contributions to improving 4-H for so many young people.”

Oehler, who lives on a 40-acre farm outside Corvallis, is in her 52nd year as a 4-H leader of a large livestock club and a consumer science club. She has served on many 4-H advisory committees, as sheep superintendent at the Lane County fair for over 20 years and is a 4-H judge at many county and state fairs.

As a 4-H agent, she was known for her strong youth leadership program. Oehler (pronounced eye-ler) started the first mentally challenged adult 4-H program at the local Opportunity Center. Clients learned to knit, set tables, read food labels, cook and learned personal hygiene leading to self-sufficiency so they could be ready to move into group homes. Her teen leaders raised money and directed a weekend summer camp for the clients for many summers.

For more than 20 years, she held the official title of “Dorm Mom” at the Oregon State Fair, giving hundreds of 4-H/FFA members a safe place to stay while participating at the fair. She also hired and mentored college age youth who served on the dorm staff, many of whom were 4-H alumni.

Oehler was only in grade school when she told her mother she wanted to be a county Extension agent. Living on a dairy farm near Coos Bay, she knew all about Extension, having been involved with a 4-H livestock club. In 1965, her aspiration became reality when she signed on as a 4-H agent with OSU Extension Service in Linn County. She graduated with a degree in foods and nutrition from OSU and was active in the OSU Collegiate 4-H Club, serving as president.

Early in her career, she became a part-time foods and nutrition specialist for Extension statewide, answering consumer's calls and helping connect county Extension agents with the resources they needed. She also taught for Linn Benton Community College, where she showed students how to bake bread, make soups and use a microwave.

In addition, Oehler co-wrote the scripts for a video series on food preservation that aired on public television in Oregon and other states.

Her legacy, however, will live on in kitchens across the state. Oehler was a co-creator of Oregon’s statewide Master Food Preserver program, a 40-hour course in which students learn how to can, pickle, dry and freeze food and handle it safely.

She has certified hundreds of graduates since the program’s inception in 1980. She supervised the launch of Extension’s statewide food preservation and safety hotline, which opens annually in July and runs through mid-October. She helped develop the food safety part of the National Outdoor 4-H Cooking curriculum.

Oehler will be presented with a medallion, plaque and memory book at the National 4-H Hall of Fame ceremony.

The National 4-H Hall of Fame was established in 2002 as a 4-H Centennial project of the National Association of Extension 4-H Agents. It honors volunteers, supporters, staff, and “pioneers” who have made major contributions to 4-H at local, state and national levels. 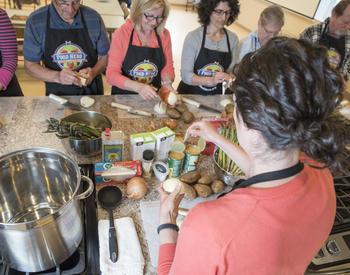 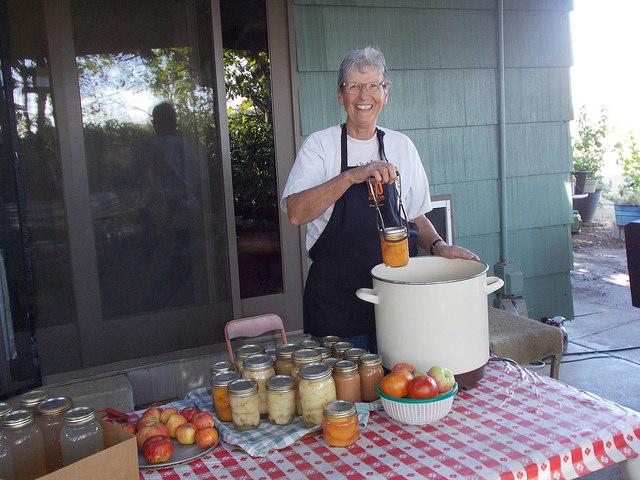 Nellie Oehler will be Oregon’s 2017 inductee into the National 4-H Hall of Fame. 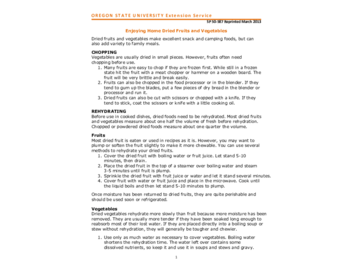 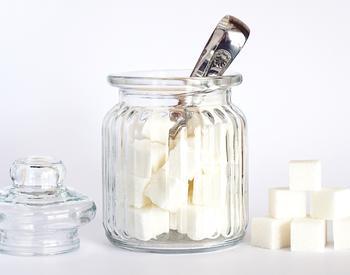 Information on a variety of sweeteners available, including natural and artificial sweeteners. 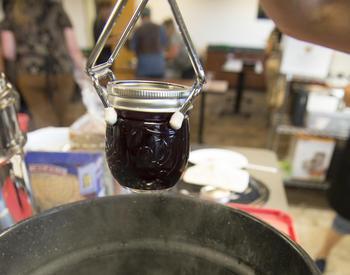 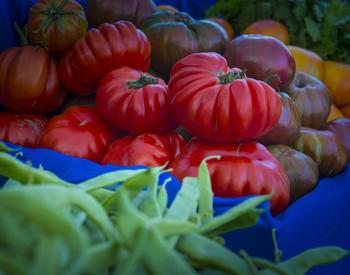 Tomatoes may be canned by themselves or in combination with other vegetables or meat (such as salsa, sauces and catsup or spaghetti sauce). It’s important to use safe procedures when canning tomatoes and tomato products. ... 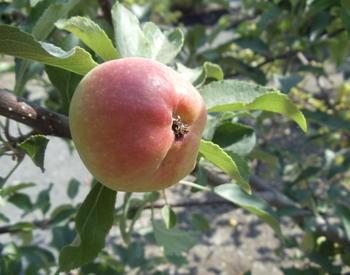 Fact sheet provides information on how to preserve apples, including canning, freezing, and drying to make applesauce, pie filling, apple butter and more. 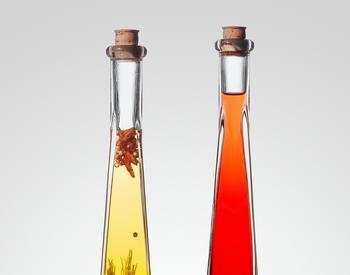 It’s important to keep food safety in mind when storing vegetables (such as garlic, mushrooms, chili peppers) or herbs in oil. These low-acid foods can be a source of Clostridium botulinum bacteria, which are found in soil, ... 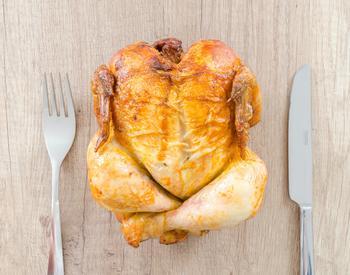 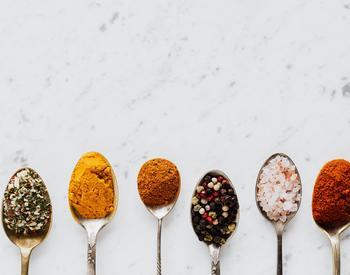 Information on herbs, including harvesting, drying methods, storage, and use. 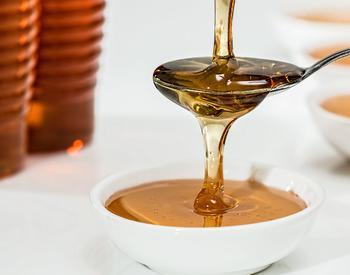 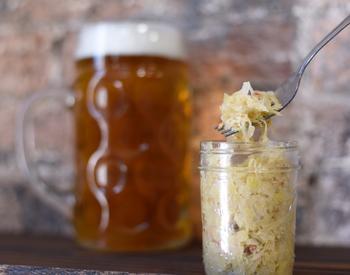 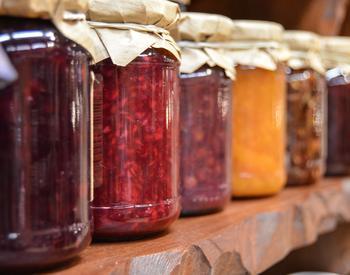 What to do when jam or jelly is too soft? Includes recipe to remake jam/jelly, processing, and storage. 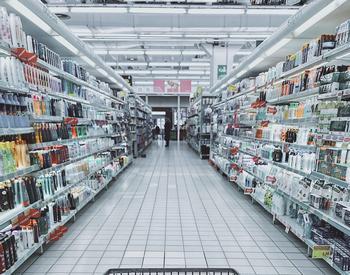 Information on things to consider when preparing and storing food for emergencies. 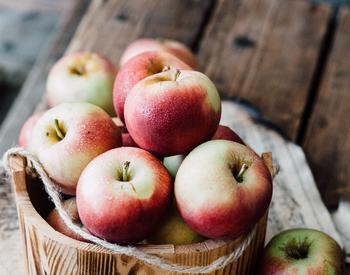 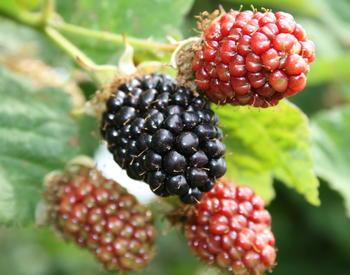 Publication includes information about wild berries and uses, including pies, jam/jelly, and syrup. Some recipes included. 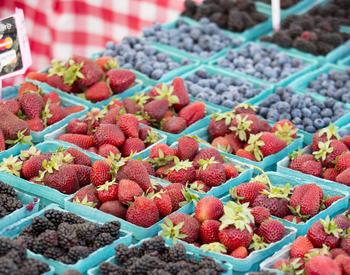 publication provided information on how to preserve berries, including harvesting, canning, freezing, and drying. 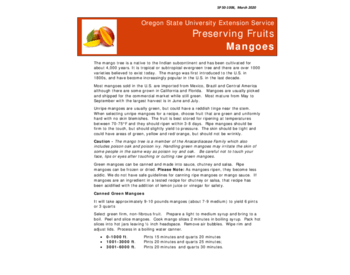 Recipes and directions for storing and preserving mangoes. Green mangoes can be canned and made into sauce, chutney and salsa. Ripe mangoes can be frozen or dried. As mangoes ripen, they become less acidic. We do not have safe guidelines for canning ripe mangoes or mango sauce.