A properly pruned tree looks as natural as possible; the tree’s appearance reflects its fundamental form and character. The pruner must maintain this structural integrity and know a little tree biology and proper pruning principles.

When to prune trees

The best time to prune trees is during the dormant period, usually in late winter from November to March.

The best time to prune trees is during the dormant period, usually in late winter from November to March. Dead or diseased branches should be removed as soon as possible. Pruning done during the dormant season tends to have an invigorating effect on tree growth. Pruning done during peak growth times tends to slow growth by removing leaves that manufacture nourishment. However, too much summer pruning can damage a tree. Pruning during the spring (post-dormancy) and fall (pre-dormancy) is generally the least desirable time as the plant is most vulnerable during those times.

Berries and tree fruits are pruned November until bloom; prune blooming ornamentals during and immediately after bloom.

When you cut away part of a plant, a wound is left, susceptible to pests and diseases. To avoid trouble, always prune so as to make small wounds, rather than large ones. Removing a bud or twig produces a smaller wound than waiting until it is a large limb! Rubbing off a sucker bud leaves a smaller wound than if you wait until it has a year’s growth or more.

A tree’s response to a pruning cut depends on where on the branch the cut is made. Both types of cuts are used in pruning fruit trees and grapes.

Angle and placement of cuts

Always make cuts close to a node. Branches grow only at these nodes, and if you leave too long a stub beyond the node, the stub will die and rot. (Figure 3)

Prune to the lateral bud that will produce the branch you want. The placement of that bud on the stem points the direction of the new branch. An outside bud, pruned with a slanting cut just above the bud, will usually produce an outside branch. A flat cut above the bud allows two lower buds to release and grow shots.

Anatomy of a fruit tree

Parts of the branch

Training for a vase shape

Should I remove my big old apple tree?

Keep it if it has sentimental value, produces good fruit, shades the house, houses a swing or treehouse for the kids. Otherwise, remove it and replace it with several dwarf or semi-dwarf fruit trees. The ideal tree for the home orchard is 5–10 feet; at that height, you are best able to prune, spray, thin and harvest.

Is it okay to prune suckers and watersprouts? When and how do I do it?

Such overly vigorous growth can be controlled by early summer pruning, which discourages them from regrowing; cut them off at the base. Better yet, rub them off with your thumb in May or June. Watersprouts will emerge following an overzealous dormant season pruning job; sometimes it’s best to leave one or two of these, particularly as a replacement for the leader if it was cut, to discourage regrowth of the others.

Do I need to paint the wounds with a sealing compound?

No, this is no longer recommended. The tree or plant is best protected by proper pruning technique and timing. Sealing compounds encourage wood rot.

How can I slow the growth of a tree?

It is always best to select the right tree for the site, rather than try to work against nature. However, these techniques will help to retard the growth of a tree:

Should I prune a fruit tree when I plant it?

In digging up a young tree from the nursery, some of the root system can be damaged; top pruning is usually required to prevent tree stress due to the lack of balance between the root system and the top. However, excessive pruning of young trees may delay blossoming and fruiting.

For a single whip, prune tree to waist height at planting. Branching will begin at this pruning cut. 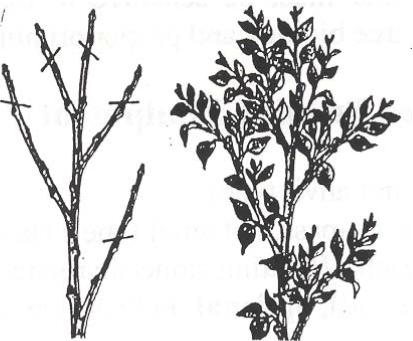 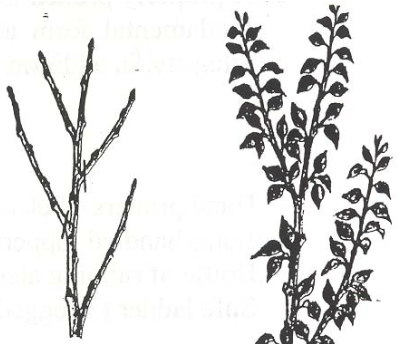 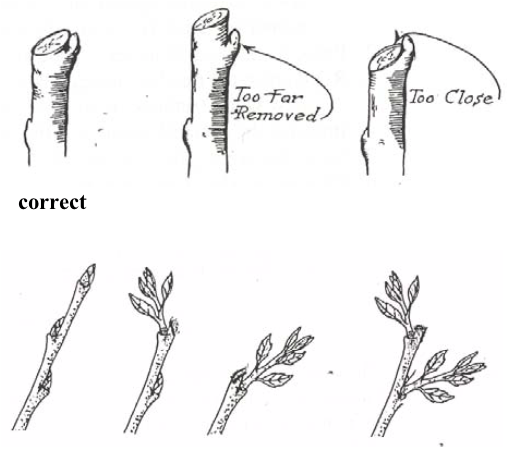 Figure 3. Angle and placement of cuts 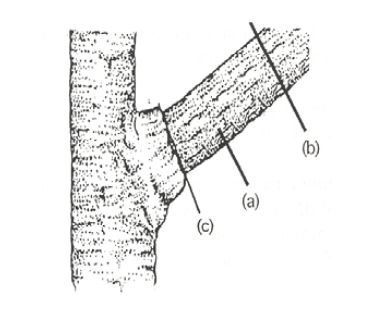 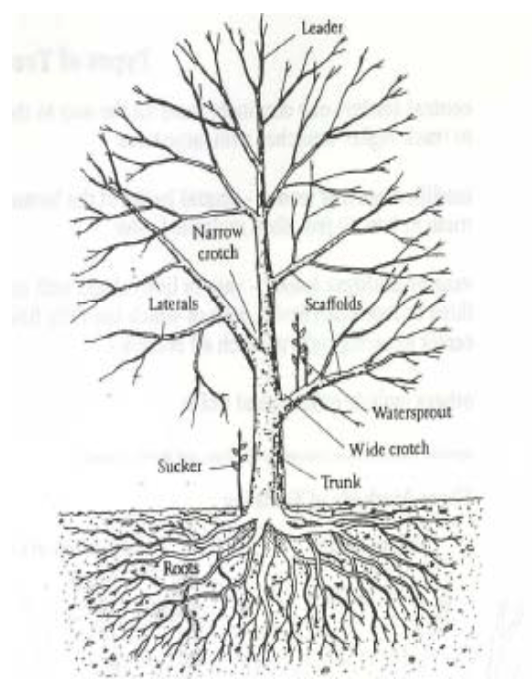 Figure 5. Anatomy of a fruit tree 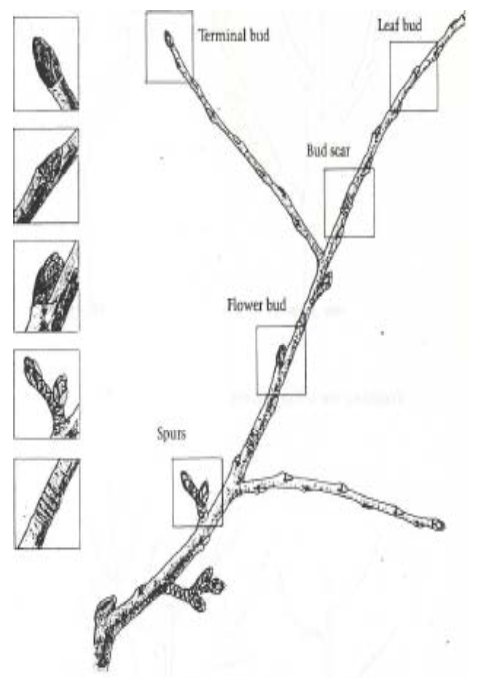 Figure 6. Parts of the branch

Figure 8. Training for a vase shape