Brewing beer? Go a step further and grow your own hops

"Typical questions are: 'How do I fertilize, water and harvest? What sort of diseases and pests do I need to monitor for? What hop varieties should I get?'" said Townsend, who answers those questions and more in OSU Extension Service’s publication, Growing Hops in the Home Garden (https://catalog.extension.oregonstate.edu/em9115).

To get started, Townsend advises planting hops in well-drained soils and full sun exposure for optimum growth. You'll likely need at least a 10-foot trellis or pole system to train these vigorous climbers if your interest is in cone production – the part of the plant that’s used in beer.

One or two plants are plenty for backyard cultivation, he said. A single vigorous plant can yield about five to six pounds or more of fresh cones. Wrap the bines, or elongated stems, in a clockwise direction around the climbing support to train the plant. Use string, paper twine, coir (made from the fiber of coconut husk) or anything that the bines can grip well.

Hops produce different flavors of beer depending on the variety, and there are two types of hop: bitter or aromatic. Townsend recommended the aromatic ‘Cascade’ variety, developed through the U.S. Department of Agriculture's breeding program at OSU in 1972. It can withstand climates anywhere from central Oregon to the Willamette Valley.

"It's pretty much foolproof," Townsend said.

Other good choices for Oregon are ‘Centennial,’ ‘Newport,’ ‘Sterling’ or 'Nugget'. Some varieties do not do as well as others in heat.

You can order whole plants or the rhizome, an underground stem that produces buds, from online sources and local distributors. You can also dig up a rhizome or make a stem cutting from a friend's established plant.

January and February are the months for digging up rhizomes for replanting, Townsend said. Cut about a 3- to 4-inch section of rhizome, making sure that a pinkish-white bud is present. Then grow it in a greenhouse or indoors with extra lighting. Rhizomes can also be planted in deep containers outside or directly in the ground after January. In May, transplant the potted plant to your garden plot.

When deciding where to place your plant, keep in mind that it grows robustly and prefers full sun. Don't plant it near shade-intolerant plants that hops could crowd out.

Apply one teaspoon to one tablespoon of nitrogen-rich fertilizer about once every other week from late April or early May into June. After that, the plant doesn't need extra nitrogen. Be careful not to over-fertilize, as lots of nitrogen can propagate a lush, dense plant that could attract pests and diseases, Townsend said.

Water the plant with two to four gallons every one to three days. Harvest your hops between mid-August and mid-September.

Depending on the variety, hops typically fully mature by the third growing season. During the first and second season, gardeners can still harvest enough hops even though the plant is not producing at full capacity.

By fall, you'll get to taste the fruits of your labor in your very own homegrown homebrew. 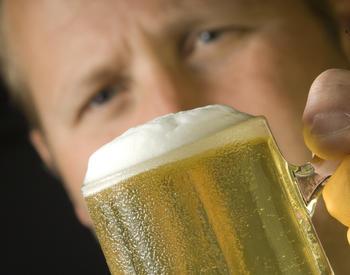 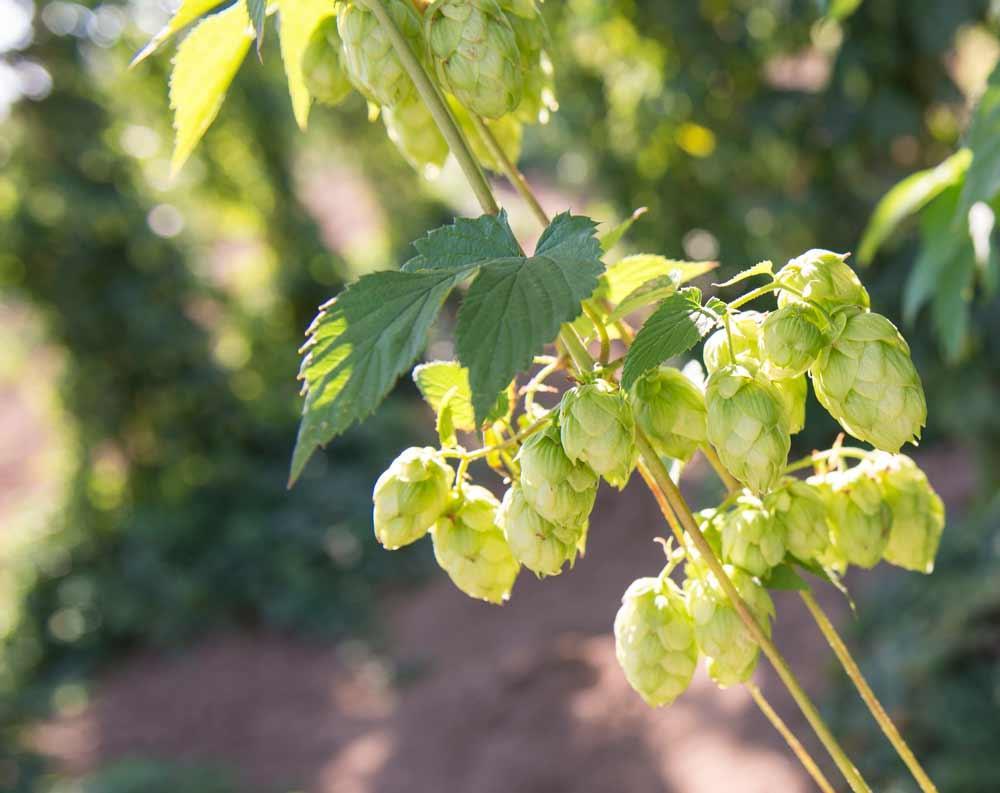 Growing hops gets you on the way to brewing your own beer.