CORVALLIS, Ore. – Environmental chemists at Oregon State University will lead grants totaling $2.9 million to conduct studies of chemicals that have contaminated military installations and are also detected at fire training areas in the United States, including Oregon.

Jennifer Field (https://agsci.oregonstate.edu/users/jennifer-field) will lead a $1.5 million project to characterize and control per- and polyfluoroalkyl substances, of PFASs, which are common contaminants at sites where aqueous film-forming foam was used to extinguish fires for half a century.

Staci Simonich (http://blogs.oregonstate.edu/simonichlab/) will lead a $1.4 million project to study and develop the removal of several classes of chemicals at these sites, including PFASs, polycyclic aromatic hydrocarbons, or PAHs; and polychlorinated biphenyls, or PCBs.

Simonich’s team, which includes Field, Tyler Radniecki and Meghna Babbar-Sebens in the College of Engineering and Greg Wilson in the College of Earth, Ocean, and Atmospheric Sciences, will conduct studies at the OSU-Benton County Green Stormwater Infrastructure Research Facility (http://research.engr.oregonstate.edu/hydroinformatics/ogsirHome) in Corvallis.

Last fall, the Port of Portland announced it had found soil and groundwater at Portland International Airport that was contaminated with PFASs. The potential for health effects from PFASs in humans is not well understood. Studies have found that animals exposed to PFASs at high levels resulted in changes in the function of the liver, thyroid, pancreas and hormone levels.

The three-year grants, which start June 1, were made by the Strategic Environmental Research and Development Program, the U.S. Department of Defense’s environmental science and technology program. The program, known as SERDP, is planned and executed in partnership with the U.S. Department of Energy and the Environmental Protection Agency. The grants are among a half-dozen recently awarded SERDP grants on which Field is either the principal or co-investigator, totaling another $1.9 million.

“The thrust of all of these grants are all aimed at helping the Department of Defense try to determine the extent of contamination and identifying technologies to remove these substances, which are difficult to measure,” Field said. “It is also challenging to predict when they degrade once in ground and the way they move through soil into water sources.”

Field’s project focuses on Wurtsmith Air Force Base in Oscoda, Mich. Wurtsmith operated from 1923 until decommissioning in 1993. For decades, fire training at the base involved aqueous film-forming foam that spilled into the soil and didn’t degrade.

“Many residents in the zone surrounding the base had been drinking contaminated water for quite some time,” Field said. “Our labs are not studying health effects under these grants. We’re helping understand the accumulation of the chemicals. It’s a large amount of work.”

For her work on PFASs at military sites, Field was awarded SERDP’s 2017 Project of the Year Award for Environmental Restoration. Simonich’s research has shown that remediation of PAH-contaminated soils can result in the formation of toxic byproducts. 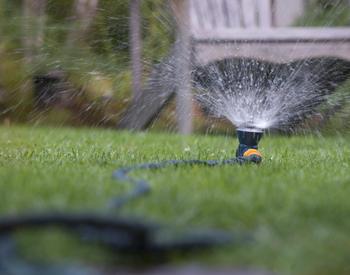 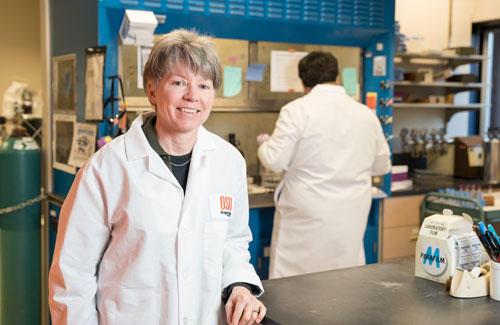 Jennifer Field studies pollutants and their effects on groundwater and wastewater systems.