What is an ecolawn?

Unlike a standard grass lawn, however, an ecolawn is a mix of broadleaf and grass species that:

An additional benefit is that ecolawns usually require less mowing than standard lawns - once every 2 to 3 weeks during spring, summer, and fall. If watered and fertilized like a conventional lawn, however, luxurious growth will result requiring more frequent mowing.

How do I establish one?

Once established, however, water requirements are estimated to be 1/4 to 1/3 those of a conventional lawn.

There are several commercially available ecolawn seed mixes, but most include key components tested by the OSU Turfgrass program and former OSU Turf Specialist Tom Cook. Ecolawn components include:

Some mixes include other flowering broadleaves plants such as micro clover, English daisy, Roman chamomile, or alyssum.

Another choice for a drought-tolerant lawn is a dwarf tall fescue blend such as Water Warden. This turf resembles a conventional lawn but again, needs much less water once established. 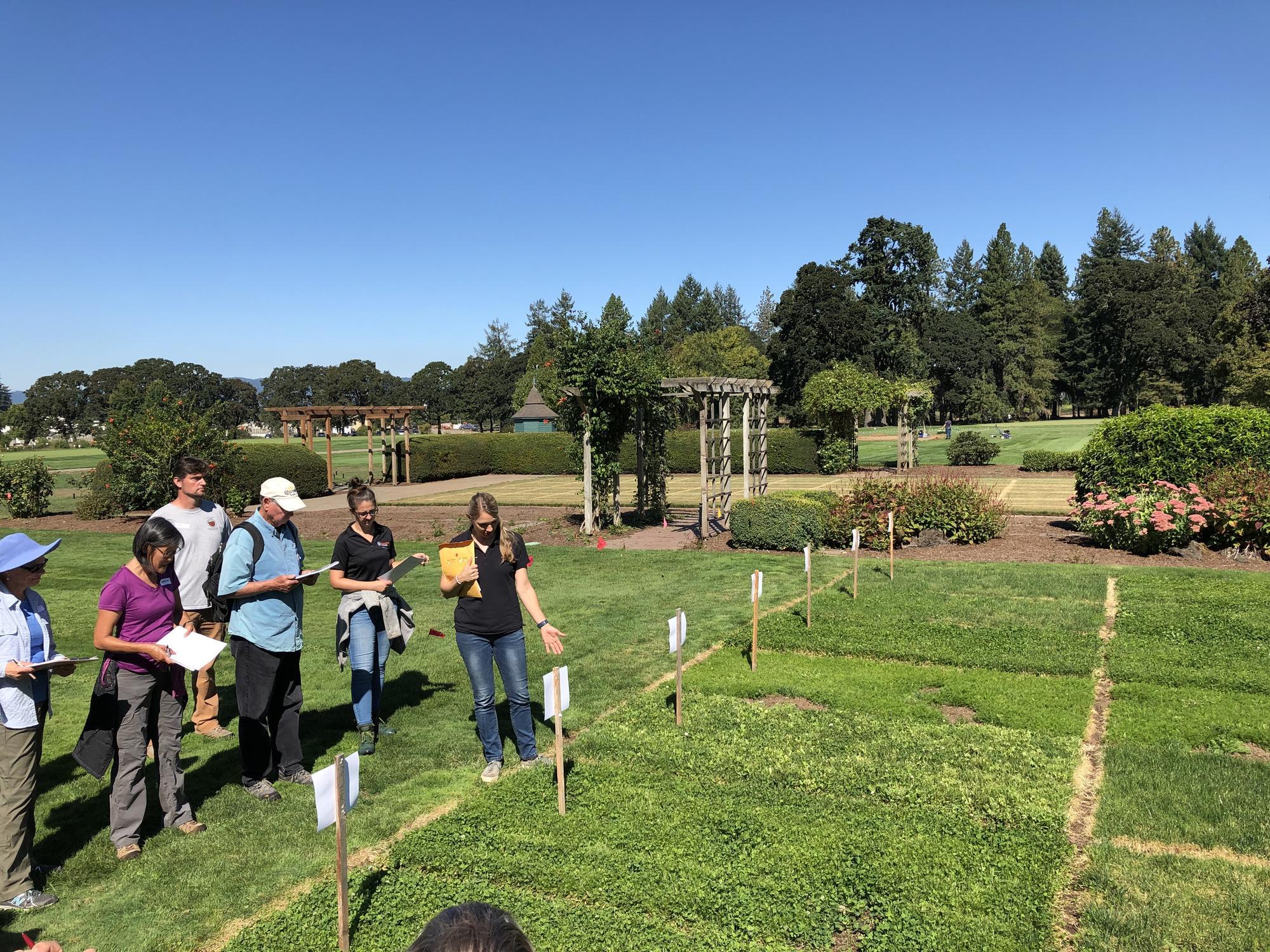