Halomorpha halys, the brown marmorated stink bug, is native to Asia and was introduced on the East Coast of the U.S. in the late 1990s. It has spread to 43 states and as far north as two Canadian provinces. The brown marmorated stink bug has piercing-sucking mouthparts with a straw-like stylet that sucks plant juices. They feed on leaves and stems but prefer reproductive structures like fruits, pods and seeds. It is an agricultural pest to fruit, vegetable and grain crops.

The brown marmorated stink bug first appeared in the Portland area in 2004.

The brown marmorated stink bug is also a homeowner nuisance pest because it has overwintering habits to seek shelter in residents’ homes, similar to boxelder bugs and lady beetles.

As the nymphs continue to grow, they develop the same brown and black mottled coloration as the adults but lack fully developed wings.

Adult female brown marmorated stink bugs lay eggs from spring until late summer. There are usually about 28 clear-blue eggs in a cluster, and the eggs are primarily laid on the underside leaves. The eggs hatch in four to six days and the first instar larvae, which are typically red and black or white and black, stay around the egg mass feeding on bacteria left by the mother. Once the nymphs reach the second instar stage, they begin feeding on plant tissues, including leaves, stems and fruit. As the nymphs continue to grow, they develop the same brown and black mottled coloration as the adults but lack fully developed wings.

Researchers are currently assessing natural enemy predation and parasitism. Results from an egg parasitism and predator study show that egg parasitism is low and predation is primarily from the big-eyed bug and spined soldier bug. However, in the last year a parasitoid native to Asia, Trissolcus japonicas, was discovered in the United States and was found to use brown marmorated stink bug eggs as a host. Scientists are now researching Trissolcus japonicas by studying the parasitoid’s rates of parasitism both on brown marmorated stink bug and native stink bug egg masses.

They are looking at brown marmorated stink bug movement patterns in mixed environments, including wild and cultivated hosts, in order to discover potential aggregation hot spots throughout the season.

Brown marmorated stink bugs are showing signs of resistance to pesticides. However, they are repelled by essential oils like spearmint, lemongrass, clove and ylang-ylang. Essential oils volatize quickly, reducing ongoing protection. Further investigations are needed into both conventional and organic chemicals, although the brown marmorated stink bug does not readily respond to chemical controls.

This pest has the potential to be devastating, and scientists are learning more about its behaviors in order to suggest the best pest management strategies. Monitoring and correct identification are valuable tools in assessing infestations. Excluding the pest from agricultural hosts provides the best pest management tool, so far. Biological control looks promising in the future, but more research is needed to evaluate its impact on brown marmorated stink bug populations. 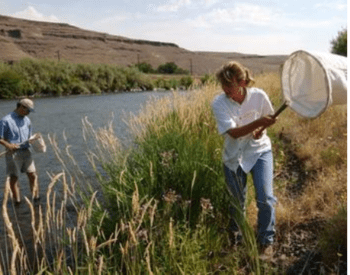 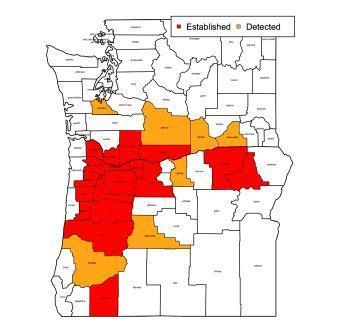 Map showing counties where BMSB are established or detected. 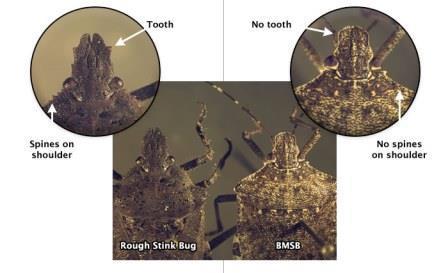 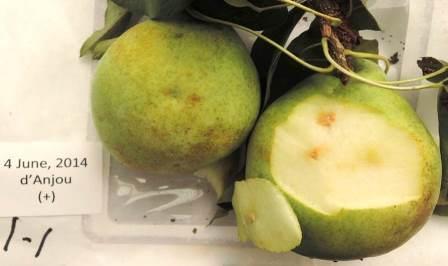 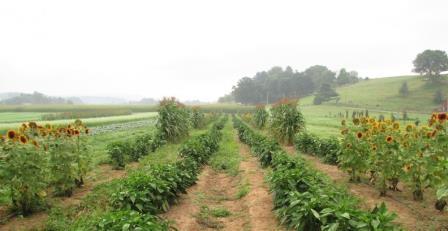 Trap crops attract pests and insects away from the crops 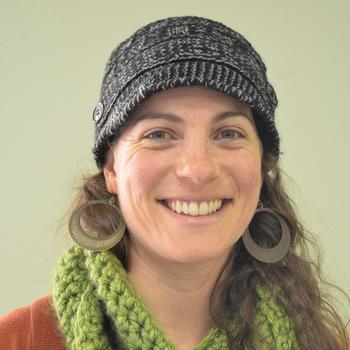 Yellowjackets are a beneficial omnivorous wasp native to the Pacific Northwest and are often more active in the summer months when it is hotter and dryer. They can also become more aggressive and sting unprovoked in fall when... 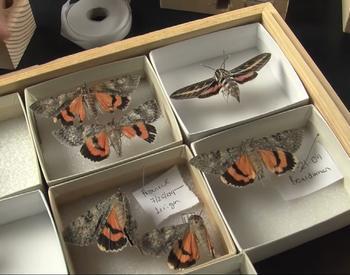 Collecting insects can be a fun hobby, and is also an important step in IPM. The resources in this collection will help you learn how to find and collect insects and arthropods, then prepare them so that they can be useful for identification and research efforts. 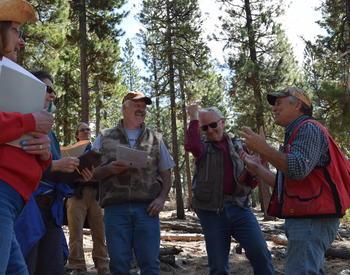 OSU Extension has a dedicated resource area for Forest, Woodland, and Rangeland Health and Management Resources. We provide a few of them here in this section as a convenience for people who may be seeking Insect Management tips for varied ecosystems and landscapes. 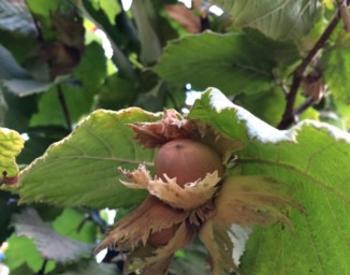 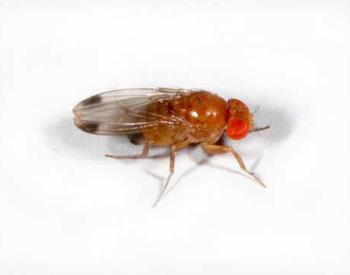 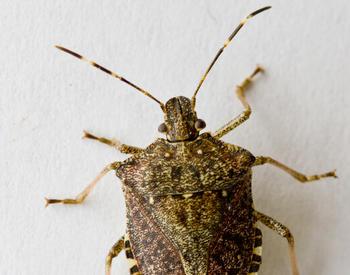 Information and resources about the brown marmorated stink bug (BMSB), an invasive 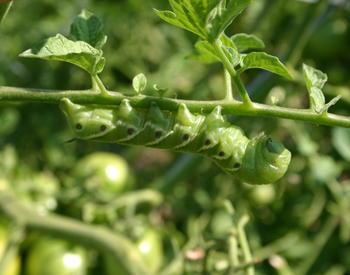 Amy Deves, an entomologist with the Oregon State University Extension Service, demonstrates how to identify the spotted wing drosophila fly.

Some common garden plants have become invasive pests in wild habitats. In Oregon, these invasives include some favorites such as English ivy and butterfly bush.

A collection of some of the common insects found in central Oregon. 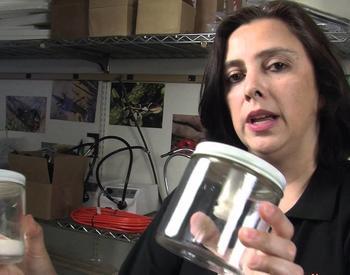 How to Check Traps to Catch the Spotted Wing Drosophila Fly 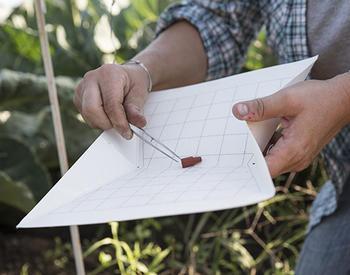 Demonstration of how to assemble a paper wing trap to monitor insects. Wing traps are baited with a pheromone lure that attracts a certain species of interest. 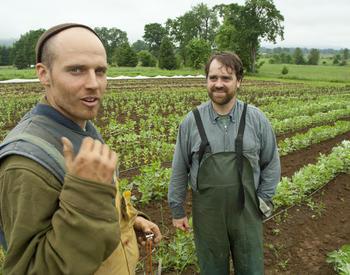 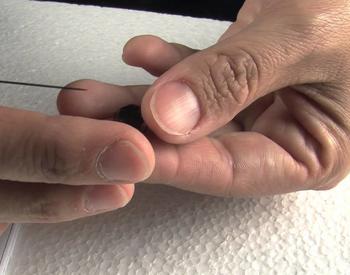 Amy Dreves, an entomologist with the Oregon State University Extension Service, demonstrates how to clean up fallen fruit so spotted wing drosophila flies don't have a place to lay eggs and so any possible larvae already in the fruit will die.