CORVALLIS, Ore. – The "Indigo Rose" tomato steps out this year as the first "really" purple variety to come from a program at Oregon State University that is seeking to breed tomatoes with high levels of antioxidants.

The new variety is a novelty type intended for home gardens and the fresh market, and it is now available in seed catalogs, said Jim Myers, a professor in the OSU horticulture department.

"It is the first improved tomato variety in the world that has anthocyanins in its fruit," he said.

Breeding for the antioxidant potential of the purple anthocyanins in the fruit is the most important goal for OSU breeders. "It will lead to a better understanding on how the antioxidants express in tomatoes and may contribute to human health," Myers said.

"If you want a really, really purple tomato that can be as black as an eggplant, give Indigo Rose a try," Myers said. "Other so-called purple and black tomatoes have the green flesh gene, which prevents normal chlorophyll breakdown. A brown pigment called pheophytin accumulates and has a brownish color that makes a muddy purple when combined with carotenoids."

Anthocyanins are in the class of flavonoids – compounds found in fruits, vegetables and beverages – that have aroused interest because of their potential health benefits. "They have many varied effects on human health, but while they are powerful antioxidants in the test tube, we don’t really know whether they have an antioxidant effect in the human body."

Indigo Rose's genesis began in the 1960s, when two breeders – one from Bulgaria and the other from the United States – first crossed-cultivated tomatoes with wild species from Chile and the Galapagos Islands, Myers said. Some wild tomato species have anthocyanins in their fruit, and until now, tomatoes grown in home gardens have had the beneficial pigment only in their leaves and stems, which are inedible.

Graduate students working with Myers crossed together the lines carrying wild tomato species genes to create the population from which ‘Indigo Rose’ was selected.

Indigo Rose is a full-season cultivar in Oregon with an average first ripe date about 91 days after transplanting, which is about 13 days later than 'Siletz' and eight days later than 'Early Girl.' Fruit yield of Indigo Rose was similar to the heirloom cultivar 'Black Prince,' and significantly lower than 'Early Girl' and 'Siletz,' but Indigo Rose produced significantly more fruit than any of the cultivars in trial.

The new tomato is released as an open pollinated variety, and as such, seed saved from self-pollinated plants will grow true and not produce hybrids. "It's also important to know that genetic engineering techniques are never used to develop these lines," Myers said. "These tomatoes are not GMO."

Does the new variety taste good?

"People are passionate about their tomatoes," Myers said. "The purple color draws their interest and because it's extraordinary, people tend to expect impressive flavor as well. It does have a good balance of sugars and acids and tastes just like a tomato. Anthocyanins are essentially tasteless."

Myers cautions not to pick the tomato too soon. Indigo Rose must be allowed to ripen fully for complete development of sugars and acids. It's easy to harvest too early because the usual visual clues won't be there.

The tomatoes will be purple where exposed to light, Myers said, and they tend to have a purple crown. They are ripe when their color changes from a shiny blue-purple to a dull purple-brown. The fruit also softens similarly to regular tomatoes, and the bottom of the tomatoes will turn from green to red when ripe.

Anthocyanin produces in the fruit only where exposed to sunlight. If shaded by a leaf or on the base, the purple pigment does not develop. "However, if you pick an Indigo Rose and expose the non-purple area to sunlight, it will turn purple in about a week," Myers said.

"While other fruits, such as blueberries, have higher concentrations of anthocyanin, tomatoes are consumed practically daily in the United States," he said. The tomato is the nation's fourth most popular fresh-market vegetable behind potatoes, lettuce and onions, according to the USDA.

Cherry tomatoes likely will be the next of several new versions in the Indigo anthocyanin series to be bred within the next three years and are expected to have a good flavor.

Indigo Rose, a truly purple tomato, from OSU's program to breed for high levels of antioxidants.

Photo by Allie Dearie on Unsplash (Cropped from original)

Herbs are among the easiest plants for a home gardener to grow and preserving them is simple. Here's a look at five preservation methods: refrigeration, air drying, freezing, dehydrating and making herb vinegars. 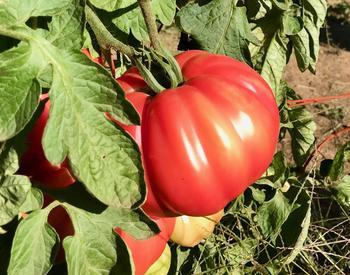 Home gardeners love to grow tomatoes. But getting a tomato from seedling to fruit can be challenging, especially in Oregon where the weather isn't always cooperative. Here are five things that can ruin a home crop. 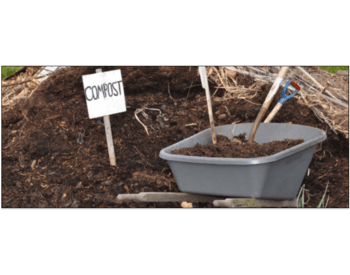 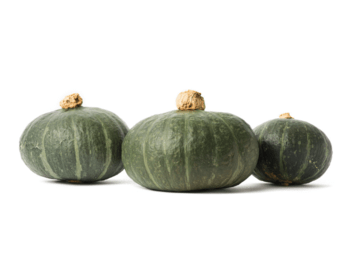 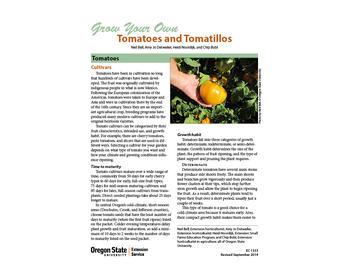 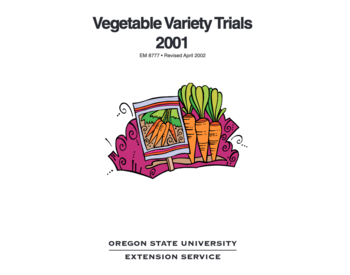 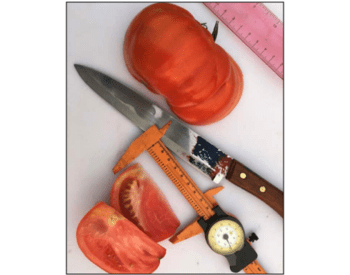 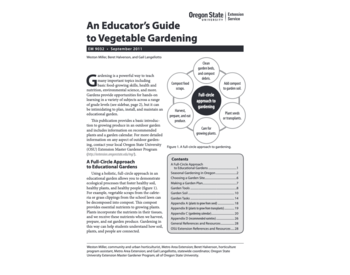 No need to baby your corn to get miniature ears

Harvest early to get baby corn from regular-size plants. 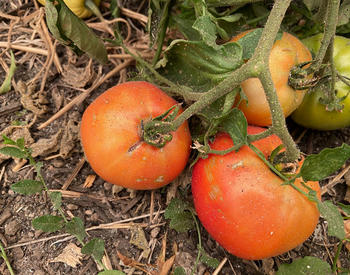 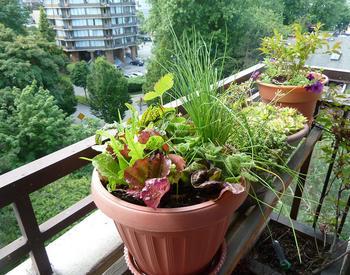 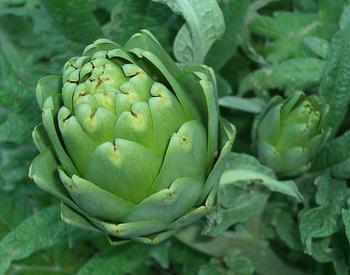 Ornamental or edible, artichokes have a place in the garden

Stripping a kale plant in fall thwarts white cabbage worm and gives a head start on the next season. 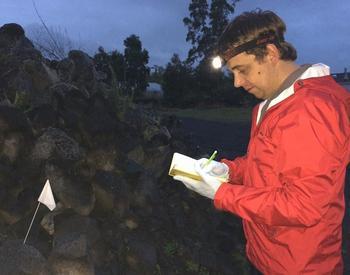