“He wanted a Zen rock garden,” Jackson said. “He pointed out the place in the backyard. I said, ‘OK, go build it.’ So, he did and when he went off and got married he left it for us to take care of.”

Jackson and his wife, Barbara, learned to love the Japanese-style garden and its tranquility. The maintenance, which consists of raking the gravel and watering a few plants, was minimal. Built in 1994 at the Jackson home in Anchorage, Alaska, the couple maintained it until 2013 when they moved to Grants Pass.

To learn the new plant palette they’d be working with in the Rogue River Valley and develop a new network of friends, the Jacksons decided to take the Oregon State University Extension Service Master Gardener course. In particular, they were interested in a low-care, low-water landscape with minimal lawn.

“We had two areas being watered by a sprinkler system and they were full of moss,” he said. “I thought, 'Let’s turn off the sprinklers, take out sod and put in a little Zen garden.'”

The Jacksons’ 3-year-old garden is a reflection of a style developed in China in the fifth through eighth centuries. Influenced by Taoism, the gardens manifested the myth about five islands in the ocean where eight immortals lived in harmony with nature. The design caught on in Japan, and in the Muromachi Period from 1185 to 1573 gardens evolved to encompass the Zen style with Buddhist monks the primary designers.

One of six styles of Japanese gardens, which include the promenade, tea and pond gardens, the Zen rock garden represents a miniature and idealized view of nature, Jackson said. Rocks fill in for mountains and islands; gravel for water. Following mythology, the crane and turtle symbols, which signify longevity, also find their way into the landscape. Other elements sometimes – but not always – include pagodas, lanterns, Buddha statues, water features and plants.

In his garden, Jackson created a middle island with a lion’s mane Japanese maple, ajuga, moss and lithodora. He’s rigged up a drip system so a hose doesn’t have to be dragged across the gravel. Sitting cross legged in front of the tree is a Buddha statue. Other than that, a pagoda and a seating area where his wife often sits to enjoy the sound of birds and some contemplative time, the garden is simplicity itself.

“There’s something appealing in the simplicity of Zen rock gardens,” said Jackson. “It has a pleasing effect to the eye. All Zen gardens are designed to be asymmetric. There are no angles or straight lines. Nature is asymmetric, too.”

He finds peace in raking the garden, which is what Buddhist monks found, too. They experienced a meditative quality in the minimalism of a Zen garden and by raking the gravel that represents water.

Jackson, who shares instructions to build a Zen garden, advises keeping it simple.

“Don’t worry about being too formal and exact,” he said. “Make it the way you want it.”

How to Build a Zen Garden:

Plants for a Zen Garden:

Rakes for Zen rock gardening can be difficult to find. If you decide to make your own, Jackson suggests using hardwood such as oak because it will last longer and have plenty of weight so you don’t have to force the tines into the gravel as you rake. Also, use 1-x-2 lumber for the tines and set them approximately 2½ inches apart to create a nice pattern in the gravel. Refer to photo for details. 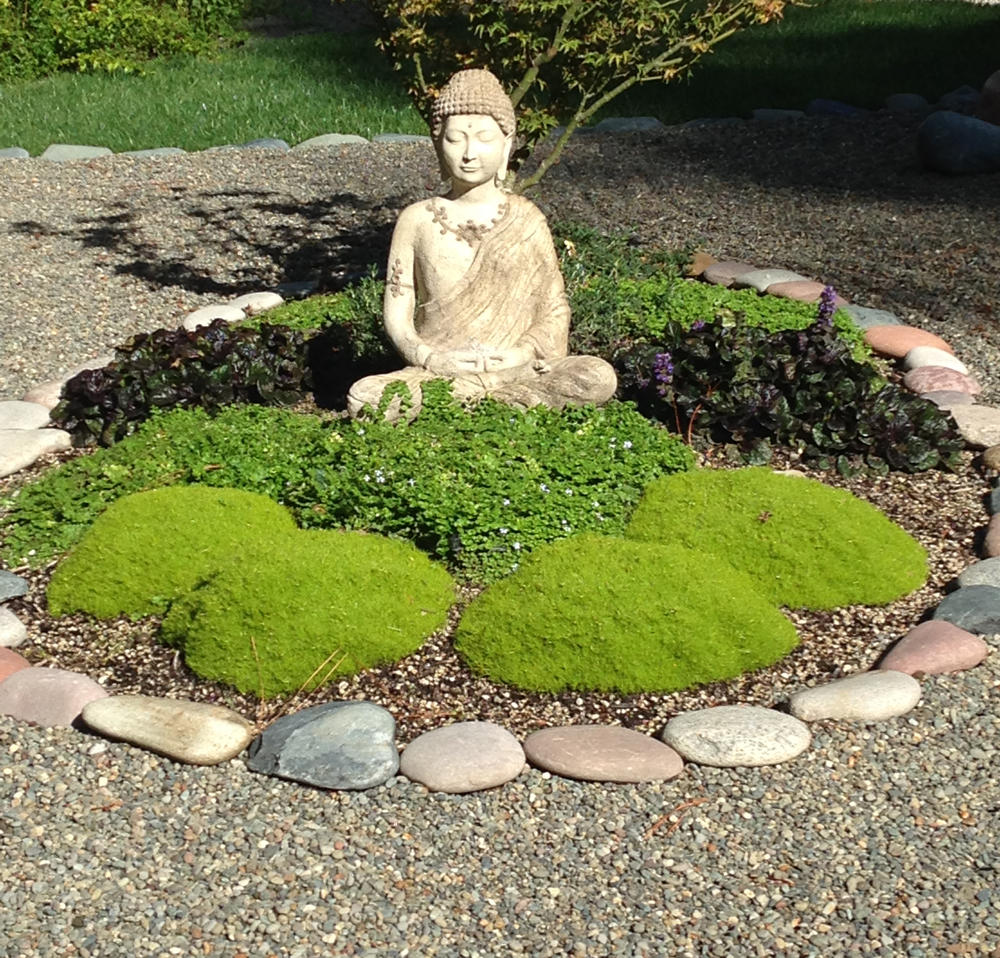 Photosynthesis, respiration and transpiration are the three major functions that drive plant growth and development. 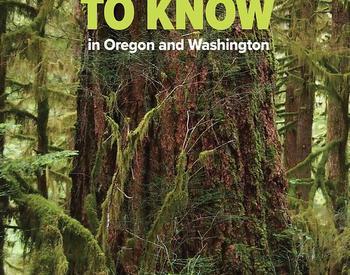 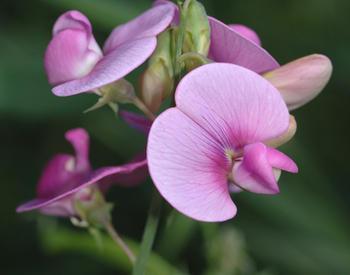 Let annuals go to seed in the fall 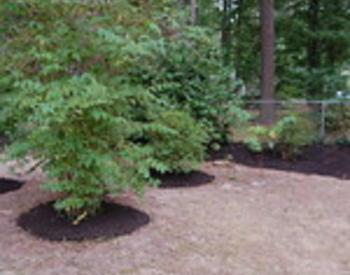 When is the right time for peach tree mulching?

I have four peach trees that are four and five years old. Can I mulch and compost these trees right now what would you recommend I do it with? 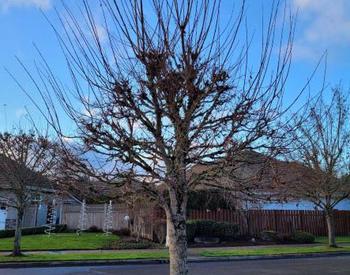 Will my trees recover from bad pruning?

The trees on my property have long branches that have grown out during spring and summer. Do I have to cut them back? I'm afraid that cutting them will just cause more to be created and thus I'll be in a mode of always having to prune them back. 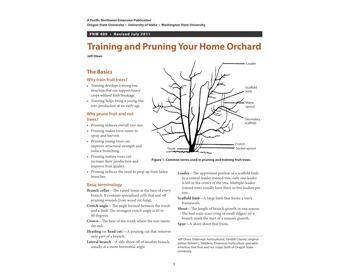 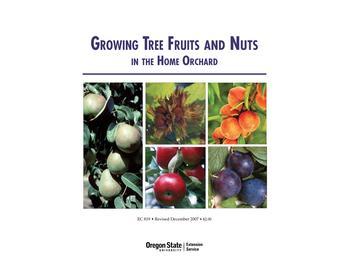 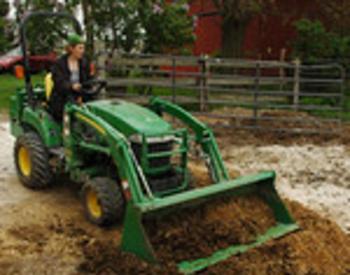 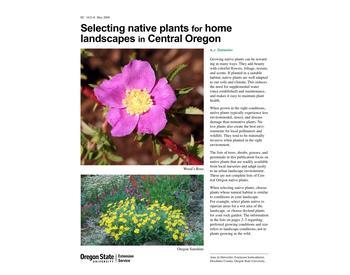 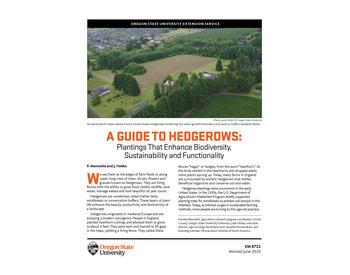 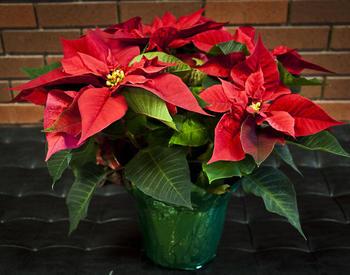 To make a poinsettia bloom in early winter, indoor gardeners simply need to adjust the amount of light and darkness to "fool" the plant. 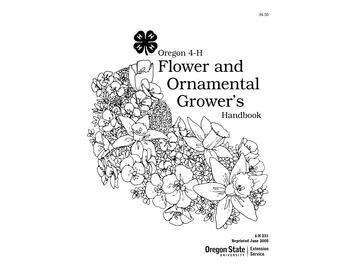 This handbook will help you become acquainted with the growing and use of plants in gardens and home yard landscaping. It also describes how to make cut flower arrangements that you, your friends, and family can enjoy. 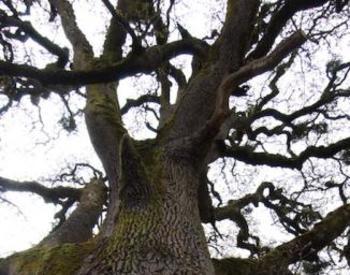 I have lights in my oak, any ideas?

My husband and I noticed these violet/bluish lights glowing in the tops of all the oak trees across the street last night as we watched the meteor shower, It's important to note that the meteor shower was in the opposite...