NEWBERG, Ore. – The man in the construction work clothes paused to look at the piece of paper he held in his hands.

It was a flier advertising “Noche de Cultura” – an event celebrating Latino culture scheduled for later in the day at the Newberg Public Library. A COVID-19 vaccine clinic was going to be held in conjunction with the event.

Jamie Guillen, who had given the man the flier, was quiet for a moment as he gave the man a chance to read it. Guillen, a program assistant with Extension’s 4-H Youth Development program, was in Newberg with Rafael Palacios, a 4-H volunteer. They were handing out fliers printed in English and Spanish to spread the word about the vaccine clinic at Noche de Cultura.

The man said that he hasn’t been vaccinated, and that he hadn’t been in a hurry to get the shots. But he suspected that his workplace was going to require it.

After Guillen and the man had a conversation in Spanish, the man said he would go to the clinic to vaccinated. He was going to take his whole family. He said he was looking forward to it.

Oregon’s Latinos, who have been disproportionately affected by the pandemic, are getting vaccinated at rates that lag behind other races and ethnicities. OSU Extension, through its Family and Community Health Program in the College of Public Health and Human Sciences, has received grants to accelerate its local outreach to improve vaccine confidence and uptake in the state’s Latino population.

OSU received the grants through the Extension Collaborative on Immunization Teaching & Engagement (EXCITE), an initiative of the Extension Foundation, U.S. Department of Agriculture National Institute of Food and Agriculture and the Centers for Disease Control and Prevention.

OSU faculty in two other Extension programs – 4-H and Juntos – are collaborating on the project. Others in the College of Public Health and Human Sciences – including the OSU Center for Health Innovation – and the College of Pharmacy are offering expert advice to the project.

Prior to Newberg, Guillen and Palacios had been to neighborhoods with high Latino populations in Corvallis, Monroe and Newport in recent weeks. They go door to door, handing out information about COVID-19 vaccine events. Mario Magana, an OSU associate professor and Extension’s 4-H state outreach coordinator, recruited Guillen for the vaccine outreach effort.

“All I need is an event,” Guillen said on the way to Newberg from the OSU campus. “If they have a flier, I can take care of the rest.”

Soon, Guillen and Palacios will be joined by multiple teams of volunteers who have received Extension vaccine outreach training. The volunteers will support community-based organizations and county health departments by canvassing neighborhoods with high Latino populations to encourage participation in upcoming vaccine clinics.

On the drive to Newberg, Guillen said he is motivated to do this grassroots work because he sees misinformation about the vaccines on Spanish-language social media and from what he hears in the Latino community.

“The misinformation spreads really fast on social media,” he said. “People believe the false things they read and hear.”

Religion also plays a role in vaccine hesitancy, he said.

“I have friends who haven’t been vaccinated and they say they have faith, that they are protected by God,” Guillen said.

Guillen and Palacios, wearing matching OSU baseball hats and orange Tommy Bahama-style 4-H shirts, arrived at Newberg in the middle of the morning. Neither of them had been to the city of about 24,000 in Yamhill County that’s home to George Fox University. Newberg is 25 miles southwest of Portland, so traffic is brisk on Highway 99 that goes through downtown.

The first stop was the library, to make sure that the event was happening as planned. Guillen had printed 100 fliers – with Spanish on the front and English on the back – to hand out that day. After verifying the clinic is going on as planned, he asks, “Where do Hispanics live in Newberg?” He is referred to the Newberg School District offices, less than a mile away in the center of town. There, he asks the same question of district employees who are handing out free breakfasts and lunches.

As he and Palacios are leaving, they encounter a woman who speaks Spanish. They engage in a short conversation in which Guillen asks her if she can tell him where he can find Hispanic neighborhoods. She does. He hands her a flier and asks if she’s been vaccinated. She has not. She’s pregnant, and her doctor told her that it was up to her to get vaccinated or not. [The Centers for Disease Control and Prevention is now urging all pregnant women to get the COVID-19 vaccine.]

Guillen and Palacios follow her directions and stop at a small apartment complex of about 20 units. Wearing face coverings, they have a system in which Guillen knocks on the door while Palacios stands behind him. If there’s no answer, Guillen knocks again. After about 10 seconds and there’s still no answer, Palacios leaves behind a flier.

Of the residents who came to the door, about half of them said they have been vaccinated. The others said they weren’t interested and shut the door.

“If they are against the vaccine, they give you a look and don’t take the flier,” Guillen had said prior to arriving in Newberg. “I wish people would want to have a conversation about the vaccines, but so far, no.”

Their next stop was a mobile home park. Guillen drove slowly through the park, wondering aloud if it was worth stopping to go door to door. That’s when he spotted a man in his carport. Guillen put the car in reverse and rolled down his window.

This is the man who hasn’t been in a hurry to get vaccinated but will do so if his job requires it. Guillen asks him if other Hispanics live in the park. They do, the man said, pointing to the other side of the street. Guillen parks the car, and the door-to-door work starts.

‘It was worth it’

Guillen and Palacios talk to a woman who tells them she hasn’t been vaccinated. The vaccines came out too soon, she said. They weren’t tested. She just doesn’t want to get the shots. Guillen said they used new technology to develop the vaccines more quickly than others in the past. They are safe and effective he said, in a friendly voice.

She said she’ll think about it. She keeps the flier.

“The main thing is to not get bothered by the answers,” Guillen said. “You just keep doing what you’re doing.”

The last person they talk to in the trailer park is a young man. They engage in conversation that’s longer than the others. The man doesn’t believe in the vaccines. It creates COVID-19 symptoms, he said. He said he thinks he had COVID-19 two years ago. Last year, his wife was sick with COVID-19. He took care of her, stayed home with her, and he didn’t get sick.

“People have those beliefs in their hearts,” Guillen said, later.

They go to one more small townhouse complex. They only hand out one flier, to a non-Latino woman who said she’s been vaccinated because her job required it. She’s the only one in her family who’s been vaccinated. She thanks Guillen for the flier and said she’s going to tell her brother about the clinic and post the flier on Facebook.

Over lunch, Guillen looks back on the morning.

“Though we didn’t get to where a lot of Hispanics lived, we did pretty well,” he said.

Guillen is asked about the unvaccinated man who said he was going to the vaccine clinic that evening.

“Even if we only get one person vaccinated, it was worth it,” he said. 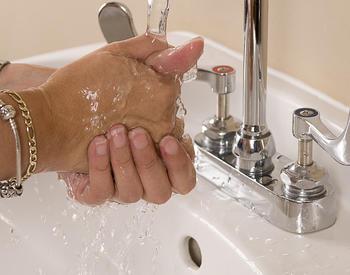 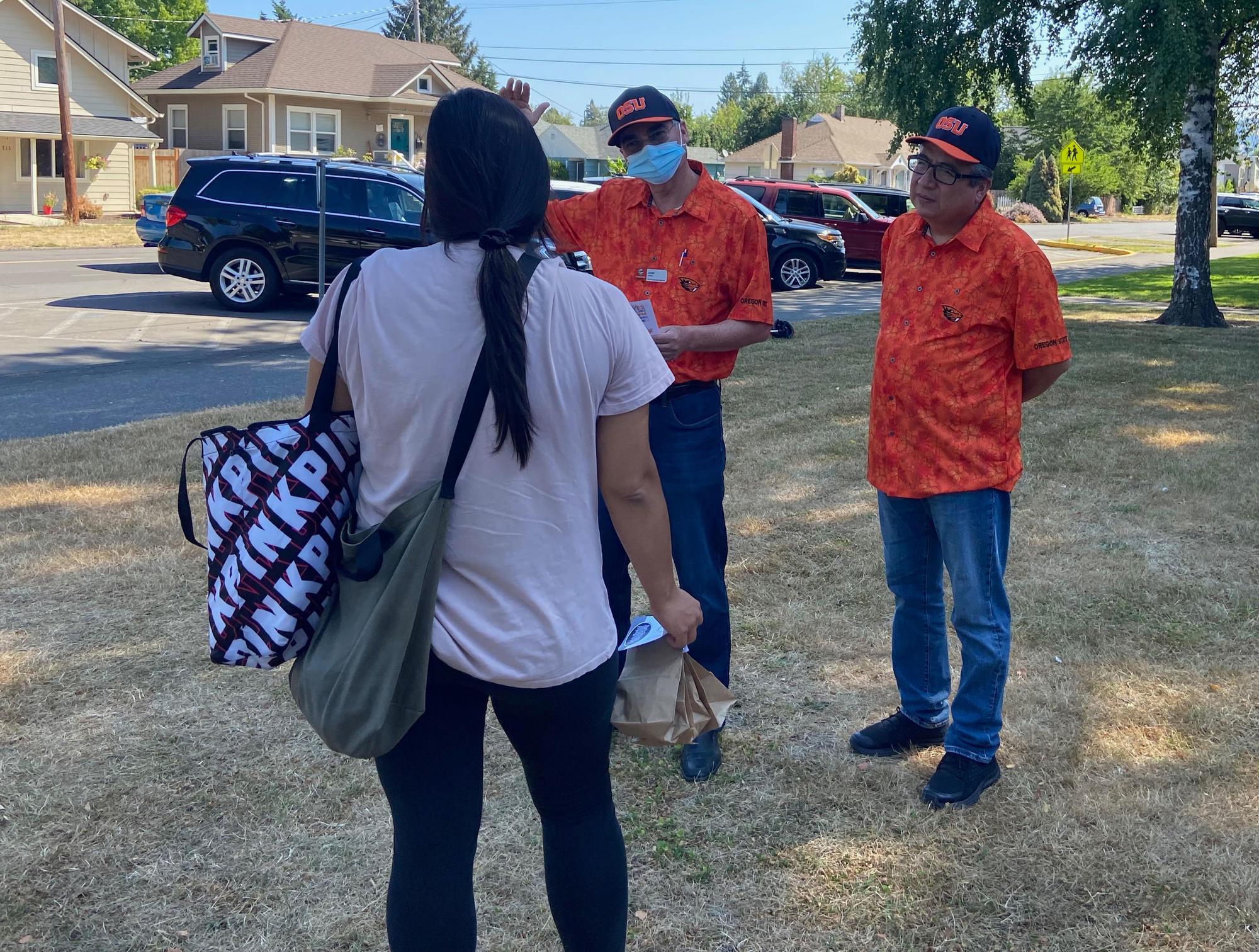 OSU Extension's Jaime Guillen (left) and Rafael Palacios talk to a Newberg resident about a vaccine clinic scheduled for later in the day at the Newberg Public Library. 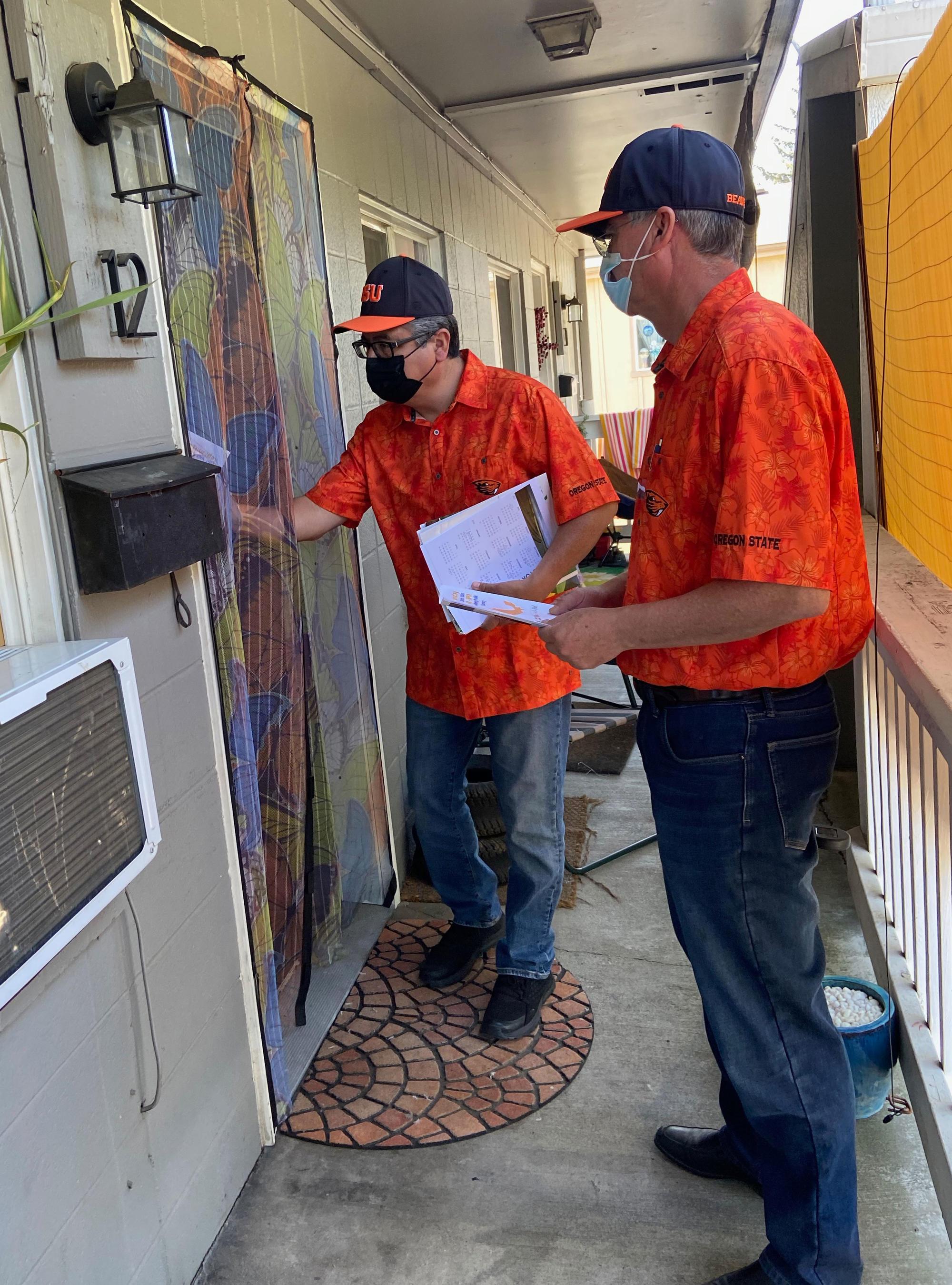 Going door to door at an apartment complex in Newberg, OSU Extension volunteer Rafael Palacios leaves behind a flier for a vaccine event at the Newberg Public Library. 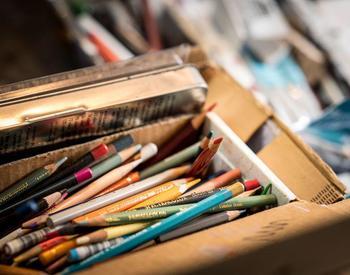 When Portland-area youth affected by the pandemic and a social justice movement taking place in their city needed an outlet to express themselves publicly through art, an Oregon State University team of educators and specialists planned and executed the inaugural OSU Virtual Art Show. 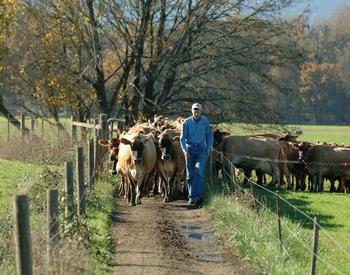 The purpose of the Farm and Ranch Stress Assistance Network (FRSAN) Program is to establish a network that connects individuals who are engaged in farming, ranching, and other agriculture-related occupations to stress assistance programs. This project is funded by a USDA NIFA grant. 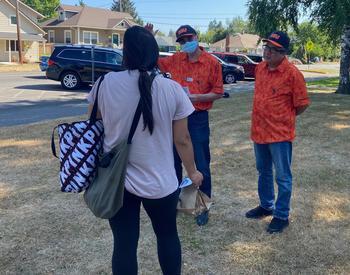 The EXCITE partnership long-term goal is to strengthen immunization education, with a focus on adult vaccination hesitancy around both COVID-19 and other vaccines. It is a partnership with Extension and the Centers for Disease Control (CDC) and Prevention. 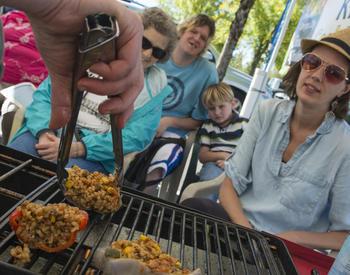 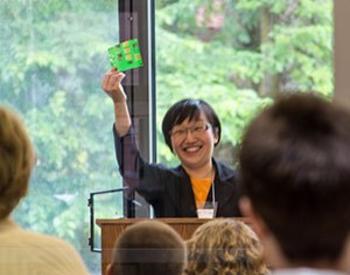 The WAVE~Ripples for Change: Obesity Prevention in Active Youth

We engage people in the communities we serve in assessing the conditions that most affect them where they live, work, learn, and play. We do this to learn what will work best to improve weight healthy behaviors for children and families, and food and physical activity resources in the community. 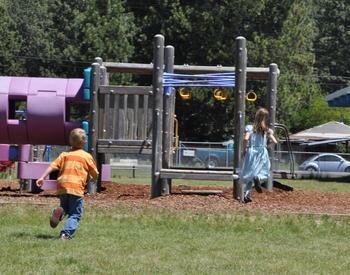 Generating Rural Options for Weight (GROW) Healthy Kids and Communities was an integrated research, education, and Extension program to inspire communities, schools, and families to create environments that make it easy for children to eat healthfully and be physically active. 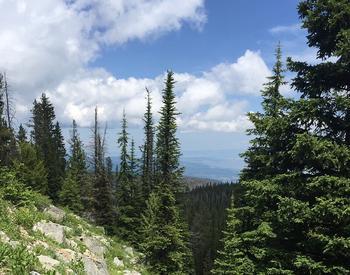 The Coast to Forest Project builds on community strengths to promote mental health and reduce substance abuse in rural Oregon. Working in collaboration with community partners, we will provide resources and programs to increase ... 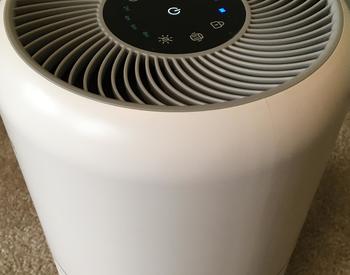 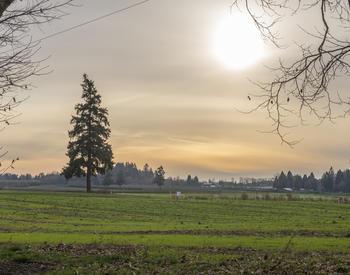 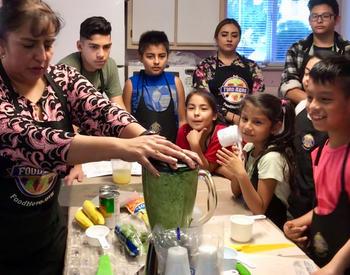 In 2019, nearly 150 children in Yamhill County participated in the Healthy Kids Club and nearly half of them are repeat members. 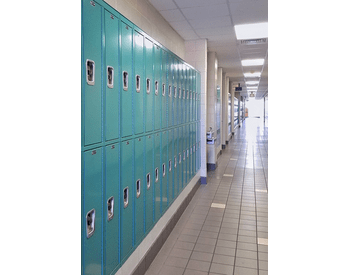 While schools are generally inhospitable to bed bugs, it's not uncommon to encounter bed bugs in school settings. Bed bugs sometimes stow away on articles being returned to school or drop off a person who lives in an ... 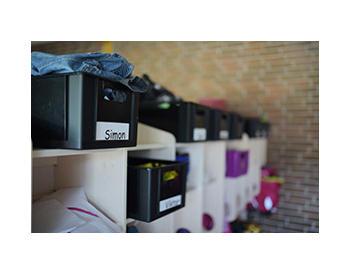 Bed Bugs in the Classroom

What do you do if you find a bed bug in school? This fact sheet for educators and families covers prevention, identification and best practices for treating an infestation.