CORVALLIS, Ore. – Currants and gooseberries, which are excellent in jams, juices and pies, are cold-tolerant, can grow anywhere in Oregon and are attractive in the home garden.

Gardeners can start preparing a site now by laying down organic materials to plant early next spring.

According to Bernadine Strik, berry specialist with the Oregon State University Extension Service, the tart-sweet berries are black, red, yellow-green or whitish-colored, are easy to freeze and are rich in vitamin C. These attractive shrubs also are easy to grow in the home landscape.

Since then, however, plant breeders have developed disease-resistant varieties of currants and gooseberries and have tested them in Oregon at the U.S. Department of Agriculture facilities in Corvallis. A federal law prohibiting the cultivation of Ribes was repealed in 1966 in most states. The ban was lifted in Oregon because the state has so many native species of Ribes, including red flowering currant and stinking currant.

Strik has advice for growing currants and gooseberries, which begins with choosing a site. On the east side of the Cascades, she says, avoid planting these fruiting shrubs in frost pockets. If you plant on a slope, you reduce the risk of frost injury and diseases such as powdery mildew. If summers are hot in your area, plant in a partially shaded spot or on a north or northeast-facing slope.

If you live on the west side of the Cascades, pick a spot that gets full sun.

Gooseberries and currants thrive in well-drained loam soil, amended with organic material. If you have poorly drained soil, you can plant your berry bushes in a raised bed. Plan on spacing berry plants about three to four feet apart in rows. Black currants should be spaced four to five feet apart, with rows planted at least seven feet apart.

If you have five-needled white bark pines in your area, plant rust-resistant varieties such as the Viking red currant and Consort black currant.

To prepare your garden site, remove weeds, especially perennials. It is good to add organic material in the fall and let it decompose over the winter, and plant your currants or gooseberries in the early spring. Manure, compost, leaves, chopped hay etc. make good amendments to add to the soil. These plants like a pH of about 6; check the soil pH before planting. Liming might be necessary in acid soils. 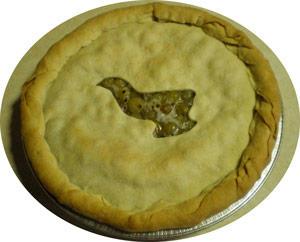 Currants and gooseberries —excellent in jams, juices and pies — are cold tolerant and can grow anywhere in Oregon. 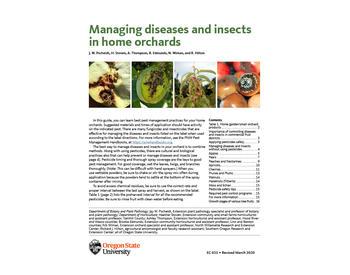 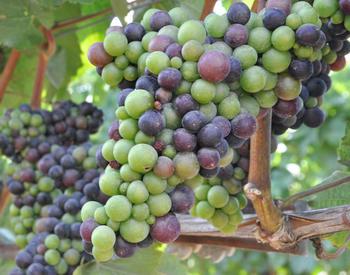 Don’t be timid when pruning grapes

Most gardeners don't cut back the vine nearly enough

Growing Hazelnuts in the Pacific Northwest: Training and Pruning 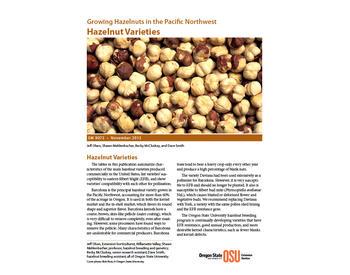 This publication describes factors to consider when deciding to plant a hazelnut orchard and includes a table of native productivity ratings for soil series types in the Willamette Valley.

Growing Hazelnuts in the Pacific Northwest: Pollination and Nut Development

This publication provides a glossary of botanical terms related to hazelnut pollination and describes the flower and nut development process, pollination, and related issues. 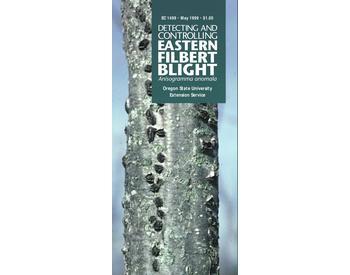