COVID-19 Advisory. OSU Extension is here for you, with limited and modified activities in person and continued virtual programming. 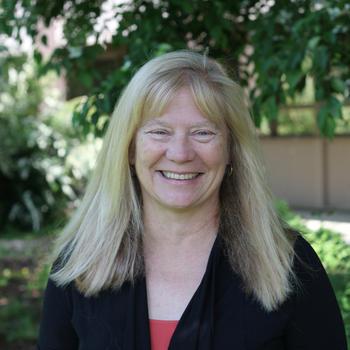 Anita began her career in 1986 as an Assistant Professor of Horticulture. She became a Full Professor in 1997 and served as the Department Head of Horticulture from 2003-2012.  She provided leadership for a statewide program in teaching, research and Extension that consisted of approximately 45 faculty members, over 20 research assistants/associates, 35-45 graduate students and more than 200 undergraduate students. She was responsible for providing oversight of 250 acres of local research farms. Anita was recognized for her leadership skills with the College of Agricultural Sciences Roy Arnold Leadership Award, Women’s Leadership Through Science Award, and Award for Excellence in Organic Policy Leadership. In 2012, she joined the Graduate School as the Associate Dean. Her major achievements were focused on graduate program assessment and soft skills curricula. From September 2015 – July 2016, Anita provided leadership and management of the Capital Planning and Development unit in the Division of Finance and Administration as the Special Assistant to the Vice President.  In August 2016, Anita assumed the role of Associate Vice President for University Facilities, Infrastructure and Operations to maintain and operate 570 acres and 200 principal buildings and other smaller structures; renovate or construct buildings; and manage space. Later, Transportation Services was added to her portfolio of responsibilities. In July 2019, Anita was named interim vice provost for the Division of University Outreach and Engagement and director of the OSU Extension Service. She will serve in this role while a national search is conducted. Additionally, she is a co-steward with her husband of their 200 acre farm in Linn County.