Livestock losses are an unfortunate reality of ranching and the use of traps and snares is a common way to attempt to reduce predator-livestock conflict. However, one USDA study (Shivik et al. 2003) noted that for many types of predators, there is a paradoxical relationship between the number of predators removed and the number of livestock killed. Surprisingly, these researchers found that as more predators were removed, more livestock were killed.

Similarly, in a 14-year USDA study at the University of California Hopland Research and Extension Center (Conner et al. 1998), researchers found that trapping of coyotes did not reduce sheep losses. In fact, scientists found that as trappers worked more hours, more lambs were killed by predators. The unexpected results in these studies can be explained by the reproductive strategy and territorial behavior of highly social predators like the coyote.

In populations exploited by humans, coyotes compensate for reductions in population with increasing immigration, reproduction, and pup survival rates. In one study, nearby coyotes replaced removed coyotes within a few weeks (Blejwas et al. 2002)! In the words of one researcher, “Killing coyotes is kind of like mowing the lawn, it stimulates vigorous new growth.” In order to sustain larger litters of pups, breeding adults are compelled to seek larger prey. Nearby sheep - usually ignored by adult coyotes in an unexploited, stable population - become a ready source of food. Thus, a system of snares can become the machinery of a self-perpetuating cycle of death for both coyotes and sheep.

Research has also shown that the disruption of social structure caused by lethal control can contribute to increased livestock loss. Most coyotes do not kill sheep. Sheep-killing coyotes are usually older and bolder breeding adults in exploited populations trying to provide food for large litters of pups in the absence of sufficient natural prey (Jaeger et al. 2001). Because of their indiscriminate nature, snares not only kill non-target wildlife such as deer, raccoons, and birds, but they also kill “non-offending” coyotes who may simply be trying to access prime rodent habitat in sheep pastures. In fact, snares have been found to preferentially kill non-offending, subordinate - yet often territorial - pack members, rather than sheep- killing older, wiser, breeding adults (Sacks et al. 1999).

When non-offending, subordinate, territorial coyotes are killed, social structure and territorial behavior are disrupted, allowing nearby depredating coyotes (that were formerly excluded) access to livestock (Jaeger et al. 2004). In other words, “well-behaved” coyotes can actually prevent livestock losses by defending a territory which may overlap sheep pastures – effectively excluding interlopers from neighboring packs who may have learned to kill sheep. Protecting livestock by using one predator to repel another gave rise to an expression that makes predation management researchers chuckle: guard coyote (Shivik 2014, p. 74).

Predation management researchers are not the only ones who have observed this relationship between livestock and coyotes. Writer Michelle Canfield raises grass-fed lamb in the Snohomish River Valley and told the following story about “guard coyotes” in her blog after visiting Jon Carter, an advisor to the Oregon Pasture Network, at his farm in Scio, Oregon:

The more selection pressure they face, the more they rise to the challenge and increase reproduction. So the last thing we want to do is go on a killing spree; because the population responds exactly opposite to what we’d prefer. We kill one coyote, we might get three more vying for his spot in return. Indeed, this notion was confirmed by a man I met who ran guardian dogs with his sheep, and generally left well-behaved coyotes alone.

Jon discussed a bit on living in balance with coyotes, and how he used to feel tempted to shoot any coyote he saw. Until one day he shot a coyote in the distance that was minding its own business, during a period of time when he’d had almost zero sheep losses to predators. Lo and behold, the next few weeks, he started getting “hits” from a new coyote who had moved in to fill the now-dead coyote’s niche. It convinced Jon to focus on only removing known problem coyotes, not all coyotes!

Predation management experts say that a properly implemented non-lethal predator control program should considerably reduce the need for lethal control. Therefore, lethal control should not be necessary except as a last resort to selectively target and kill a demonstrably habituated, dangerous, or chronically depredating individual.

If a pair of coyotes is not killing livestock, their dominance over the territory typically excludes sheep- killing predators and helps to prevent livestock losses (Shivik et al. 2003). Thus, the territorial behavior by a breeding pair of “well-behaved” coyotes is one of the best reasons for using non-lethal deterrents for predator management.

Recognizing what scientists, and farmers, are saying about the benefit of “guard coyotes”, Benton County recently created the Agriculture and Wildlife Protection Program (AWPP). This new program aims to encourage the proactive use of non-lethal animal damage deterrents in an effort to foster the coexistence of agriculture and wildlife in Benton County.

The AWPP funds educational outreach and expert consultation services and a merit-based, cost share, reimbursement grant program. Agricultural operations in Benton County that wish to prevent conflicts with wildlife may qualify for up to $5,000 in reimbursement grant funds for the purchase of proactive non-lethal wildlife deterrents to protect livestock and crops. 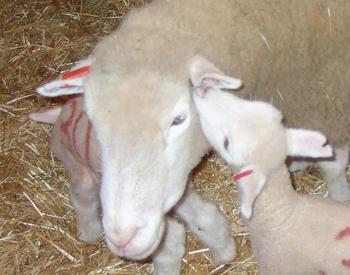 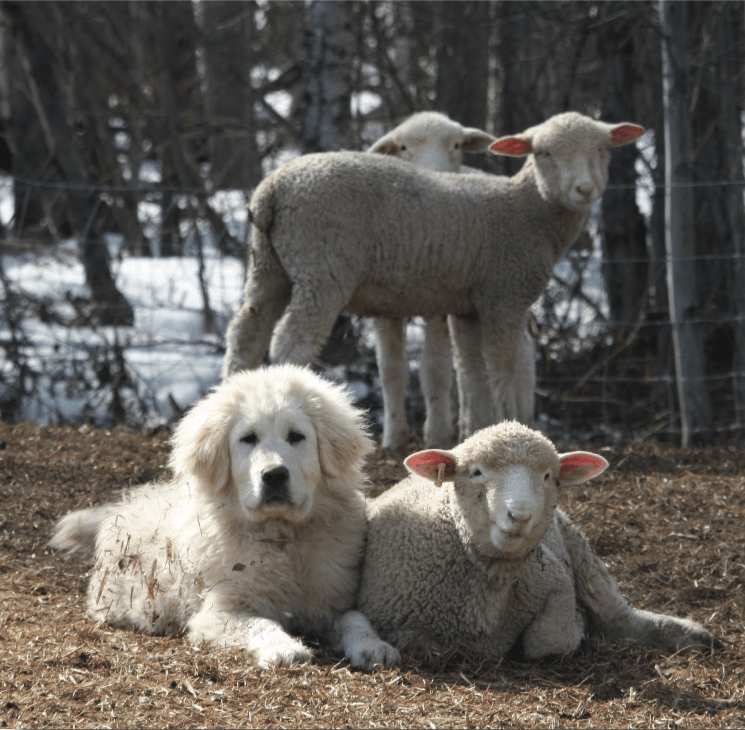 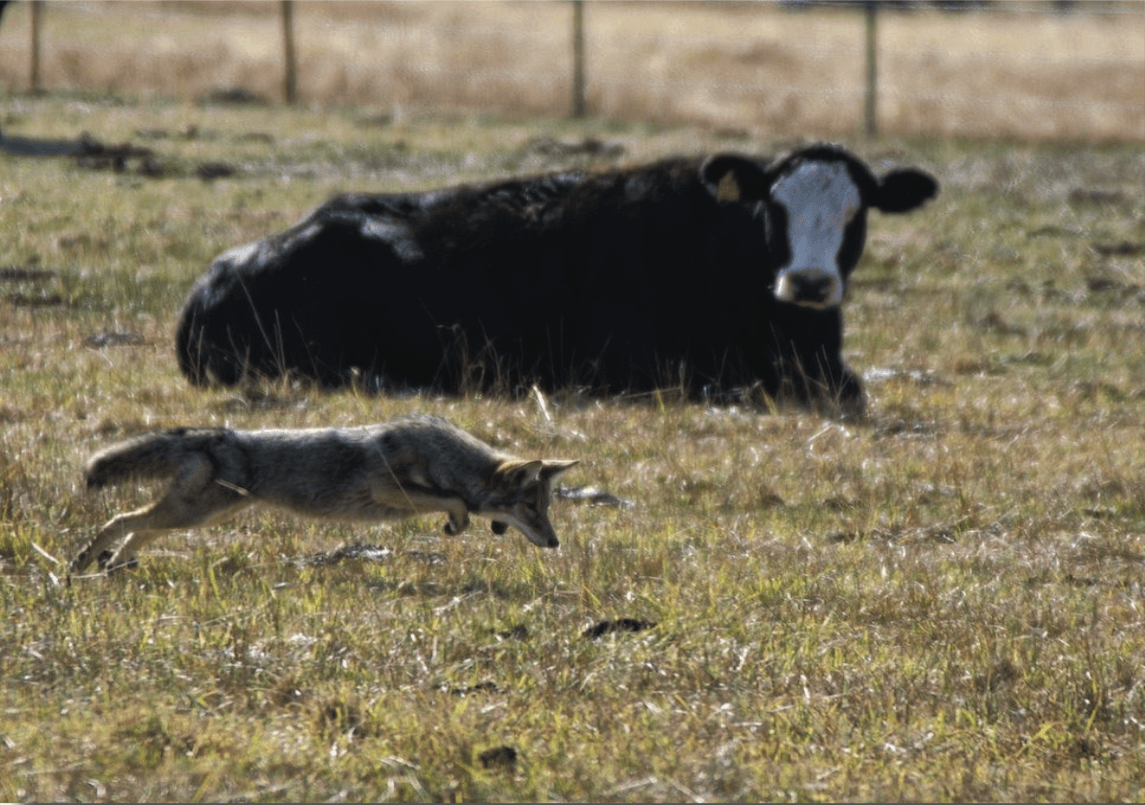 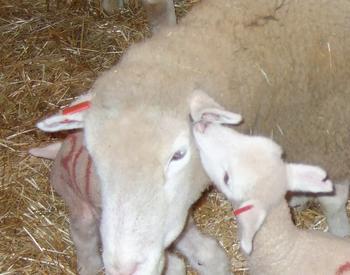 Getting ewes to adopt orphan lambs requires the orphans to smell like the ewe's own brood. There are several ways to transfer the ewe's smell to the orphan and pull off a successful adoption. Here's how to do it. 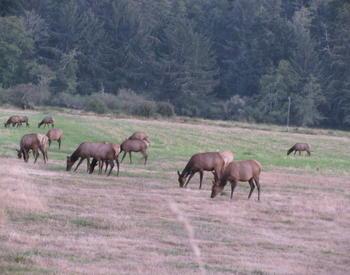 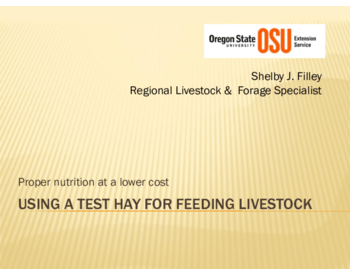 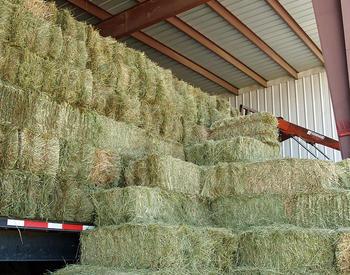 Livestock producers can often realize feed cost savings by purchasing their entire winter hay supply at one time. Obtaining an entire feeding season supply from a new hay crop certainly beats underestimating needs and having to ... 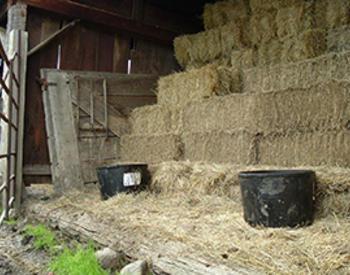 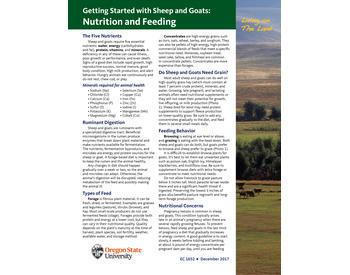 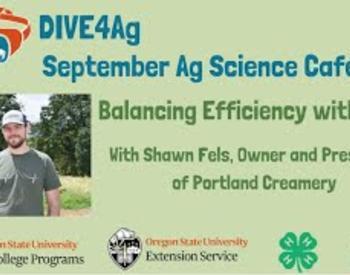 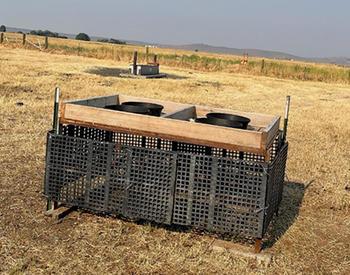 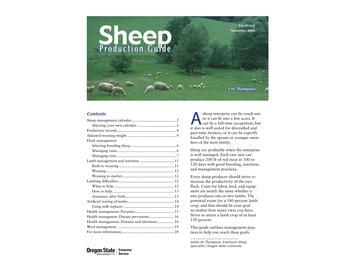 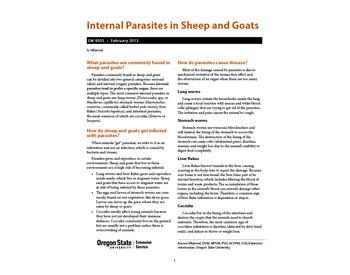 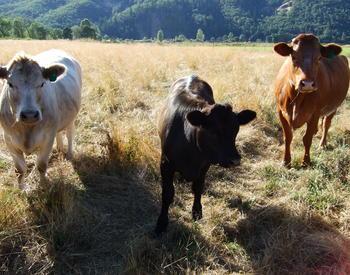 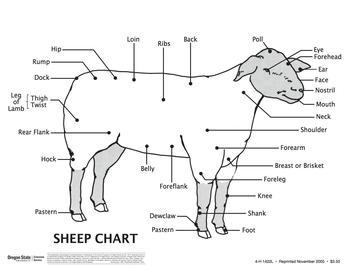 Sheep wall chart for 4-H clubs. Two-sided. One side has sheep parts labeled; the other side has parts marked but not labeled. Ships folded, unfolds to 17.5 x 22.5 inches. 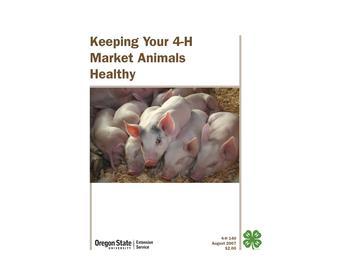