External plant structures such as leaves, stems, roots, flowers, fruits and seeds are known as plant organs. Each organ is an organized group of tissues that works together to perform a specific function. These structures can be divided into two groups: sexual reproductive and vegetative. Sexual reproductive parts produce seed; they include flower buds, flowers, fruit and seeds.

Sexual reproduction is the sole function of flowers, often the showiest part of a plant. Flowers' beauty and fragrance evolved not to please humans but to attract pollinators (insects or birds), which are central to the reproductive process.

The system of plant nomenclature we use today was developed by Carl von Linné (Linnaeus) and is based on flowers, reproductive parts of plants or both. One reason his system is successful is that flowers are the plant part least influenced by environmental changes. Thus, a knowledge of flowers and their parts is essential for anyone interested in plant identification.

As a plant's reproductive part, a flower contains a stamen (male flower part) or pistil (female flower part), or both, plus accessory parts such as sepals, petals, and nectar glands (Figure 19).

The stamen is the male reproductive organ. It consists of a pollen sac (anther) and a long supporting filament. This filament holds the anther in position, making the pollen available for dispersal by wind, insects, or birds.

Petals generally are the highly colored portions of a flower.

The pistil is a plant's female part. It generally is shaped like a bowling pin and is located in the flower's center. It consists of a stigma, style and ovary. The stigma is located at the top and is connected by the style to the ovary. The ovary contains eggs, which reside in ovules. If an egg is fertilized, the ovule develops into a seed.

Sepals are small, green, leaflike structures located at the base of a flower. They protect the flower bud. Collectively, the sepals are called a calyx.

Petals generally are the highly colored portions of a flower. Like nectar glands, petals may contain perfume. Collectively, the petals are called a corolla. The number of petals on a flower often is used to help identify plant families and genera. Flowers of dicots typically have four or five sepals, petals or multiples thereof. In monocots, these floral parts typically come in threes or multiples of three.

If a flower has a stamen, pistil, petals, and sepals, it is called a complete flower (Figure 19). Roses are an example. If one of these parts is missing, the flower is called incomplete.

The difference between complete and incomplete flowers.

The stamen and pistil are the essential parts of a flower and are involved in seed production. If a flower contains both functional stamens and pistils, it is called a perfect flower, even if it does not contain petals and sepals. If either stamens or pistils are lacking, the flower is called imperfect. Pistillate (female) flowers possess a functional pistil or pistils but lack stamens (Figure 20). Staminate (male) flowers contain stamens, but no pistils.

Plants with imperfect flowers are further classified as monoecious or dioecious.

In order to set fruit, dioecious male and female plants must be planted close enough together for pollination to occur.

Dioecious species have separate male and female plants. Examples include holly, ginkgo and pistachio. In order to set fruit, male and female plants must be planted close enough together for pollination to occur. In some instances (e.g., holly), the fruit is desirable. In the case of ginkgo, however, the fruit generally is not desirable due to its putrid smell when ripe. Kiwis are complicated because they may have one plant with bisexual flowers and another plant with only male flowers. The plant world doesn't always have absolutes!

Most inflorescences belong to one of two groups: racemes and cymes. In the racemose group, the florets start blooming from the bottom of the stem and progress toward the top. In a cyme, the top floret opens first and blooms progress downward along the peduncle. Detailed discussions of flower types are found in many botany textbooks.

Pollination is the transfer of pollen from an anther to a stigma, either by wind or by pollinators. Species pollinated by insects, animals or birds often have brightly colored or patterned flowers that contain fragrance or nectar. While searching for nectar, pollinators transfer pollen from flower to flower, either on the same plant or on different plants. Plants evolved this ingenious mechanism in order to ensure their species' survival. Wind-pollinated flowers often lack showy floral parts and nectar because they don't need to attract pollinators.

Species pollinated by insects, animals or birds often have brightly colored or patterned flowers that contain fragrance or nectar.

A chemical in the stigma stimulates pollen to grow a long tube down the style to the ovules inside the ovary. When pollen reaches the ovules, it releases sperm, and fertilization typically occurs. Fertilization is the union of a male sperm nucleus from a pollen grain with a female egg. If fertilization is successful, the ovule develops into a seed. It is important to remember that pollination is no guarantee that fertilization will occur.

Cross-fertilization combines genetic material from two parent plants. The resulting seed has a broader genetic base, which may enable the population to survive under a wider range of environmental conditions. Cross-pollinated plants usually are more successful than self-pollinated plants. Consequently, more plants reproduce by cross-pollination than by self-pollination.

Fruit consists of fertilized, mature ovules (seeds) plus the ovary wall, which may be fleshy, as in an apple, or dry and hard, as in an acorn. In some fruits, the seeds are enclosed within the ovary (e.g., apples, peaches, oranges, squash and cucumbers). In others, seeds are situated on the outside of fruit tissue (e.g., corn and strawberries).

The only part of the fruit that contains genes from both the male and female flowers are the seeds. The rest of the fruit arises from the maternal plant and is genetically identical to it.

An aggregate fruit develops from a single flower with many ovaries.

Other types of simple fruit are dry. Their wall is either papery or leathery and hard, as opposed to the fleshy examples just mentioned. Examples are peanuts (legume), poppies (capsule), maples (samara) and walnuts (nut).

An aggregate fruit develops from a single flower with many ovaries, such as with strawberries, raspberries and blackberries. The flower is a simple flower with one corolla, one calyx and one stem, but it has many pistils or ovaries. Each ovary is fertilized separately. If some ovules are not pollinated successfully, the fruit will be misshapen.

Multiple fruits are derived from a tight cluster of separate, independent flowers borne on a single structure. Each flower has its own calyx and corolla. Pineapples and figs are examples.

A seed contains all of the genetic information needed to develop into an entire plant. It is made up of three parts (Figure 22):

Germination is when a seed embryo goes from a dormant state to an active, growing state (Figure 23). Before any visual signs of germination appear, the seed must absorb water through its seed coat. It also must have enough oxygen and a favorable temperature. Some species, such as celery, also require light. Others require darkness.

If these requirements are met, the radicle is the first part of the seedling to emerge from the seed. It develops into the primary root and grows downward in response to gravity. From this primary root, root hairs and lateral roots develop. Between the radicle and the first leaflike structure is the hypocotyl, which grows upward in response to light.

Because seeds are reproductive structures and thus important to a species' survival, plants have evolved many mechanisms to ensure their survival.

The seed leaves, or cotyledons, encase the embryo. They usually are shaped differently than the leaves the mature plant will produce. Monocots produce one cotyledon, while dicots produce two.

Because seeds are reproductive structures and thus important to a species' survival, plants have evolved many mechanisms to ensure their survival. One such mechanism is seed dormancy. Dormancy comes in two forms: seed coat dormancy and embryo dormancy.

In seed coat dormancy, a hard seed coat does not allow water to penetrate. Redbud, locust and many other ornamental trees and shrubs exhibit this type of dormancy.

Embryo dormancy is common in ornamental plants, including elm and witch hazel. These seeds must go through a chilling period before germinating. To break this type of dormancy, stratification is used. This process involves storing seeds in a moist medium (potting soil or paper towels) at temperatures between 32°F and 50°F. The length of time required varies by species.

Even when environmental requirements for seed germination are met and dormancy is broken, other factors also affect germination:

Many weed seeds are able to germinate quickly and under less than optimal conditions. This is one reason they make such formidable opponents in the garden.

This piece is part of the collection Botany Basics 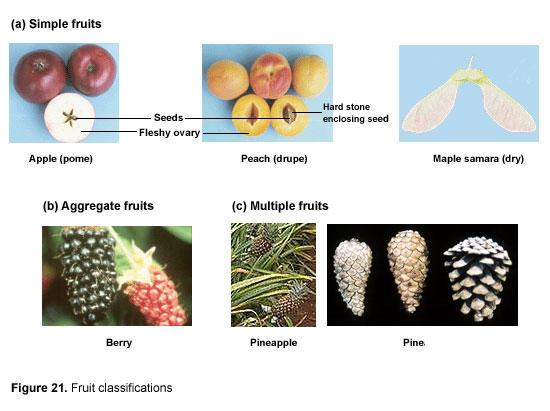 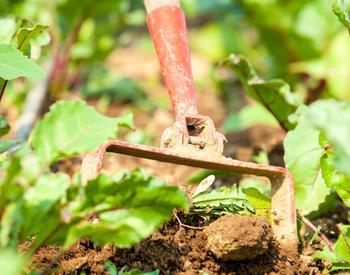 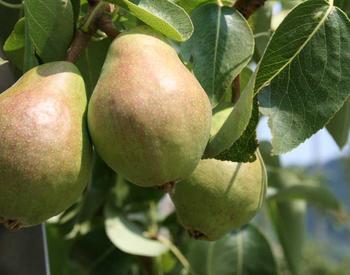 Know when it’s time to pick pears and apples

Apples ripen on the tree, but pears must be stored first. 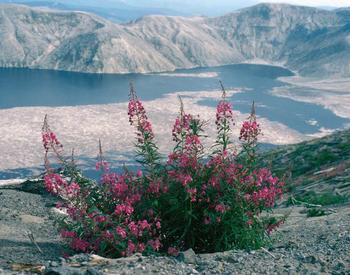 Got a gardening question? Get an answer from an OSU Extension expert

Get your gardening questions answered by people you can trust -- Oregon State faculty and Extension Master Gardeners. 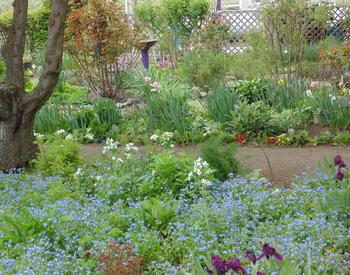 5 easy ways to be sustainable in the garden

Being kinder to the environment isn't difficult if you choose a few easy practices that will not only help the planet but your wallet, too. 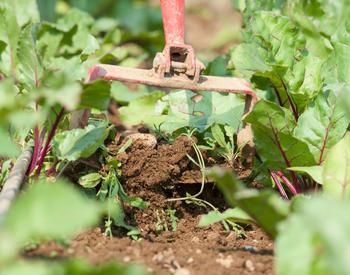 Pull weeds as they pop or desired plants will suffer

Weeds will do a number on other plants as they compete for water and nutrients. 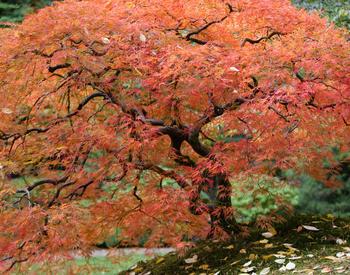 Get the scoop on gardening with 10-Minute University handouts

10-minute presentations were so popular, they've stretched to 25 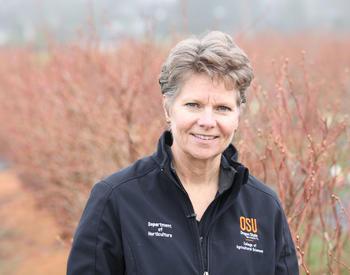 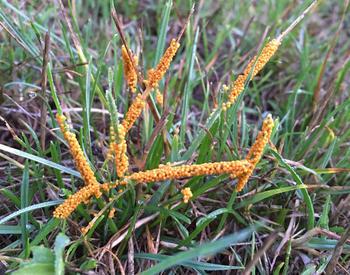 Slime mold looks ugly in the garden but does no harm 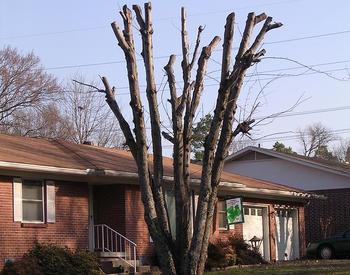 Misinformation proliferates on the internet so OSU horticulturists give the real story. 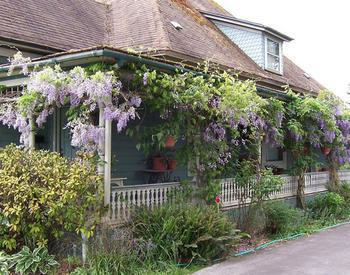 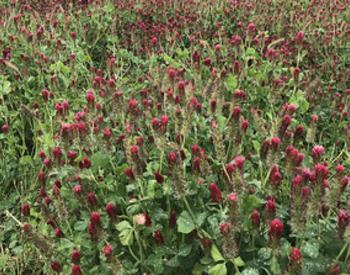 Now’s the time to plan for cover crops

Cover crops can add organic matter and aerate the soil, protect it from compaction caused by rain, suppress weeds and reduce erosion, 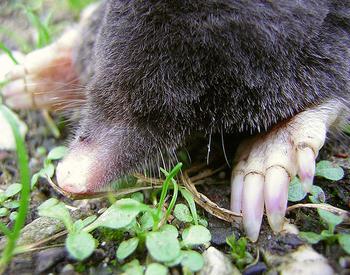 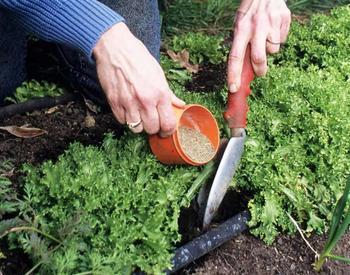 Know what your plants need before fertilizing

Doing research up front helps you know which plants need fertilizer, how much and when to apply. 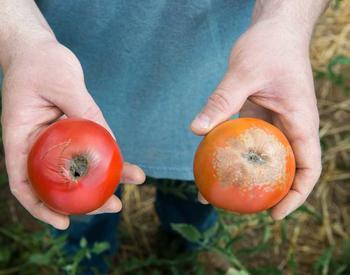 If you had problems with blossom-end rot this year, try amending the soil with lime and changing your watering habits. 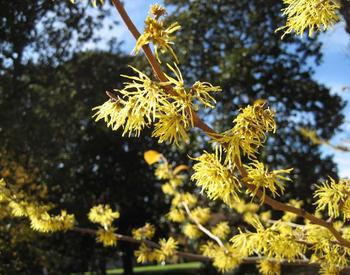 The winter garden doesn’t have to be bare of flowers 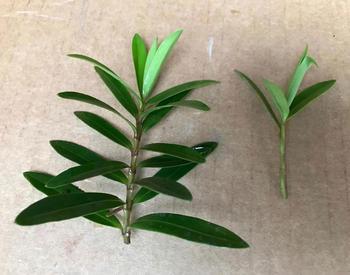 Snip some stems and have new plants in spring

Whether you plant the results of your “snip and stick” project or give them away, propagating by cuttings can be a rewarding process. 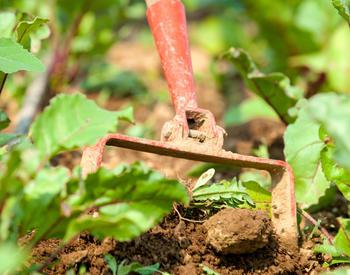 Roll up your sleeves: Use multiple strategies to control invasive weeds

Keeping weeds at bay can be frustrating, but it can be done.