PENDLETON, Ore. – In all of Dusty Shelden’s years of showing livestock for 4-H – as a youth, parent and club leader – this was a season of livestock shows unlike any other.

In early March, Shelden was busy preparing his 4-H Foggy Mountain Livestock Club in Pendleton for their annual livestock events – the Milton-Freewater Junior Show in May, the Eastern Oregon Livestock Show in June and, eventually, the Umatilla County Fair in August.

Then came to the COVID-19 pandemic and an end to normalcy.

“We’d already had quite a few meetings before everything shut down,” Shelden said. “I prepared the kids for the worst but I tried to keep their spirits up.”

In the back of his mind, Shelden thought 2020 was going to be a lost year for 4-H youth livestock shows. But another part of him thought that 4-H would find a way. And he was right.

“I figured that we’d come up with something,” Shelden said. “There’s always a way to do something.”

Following a cascade of in-person cancellations in April and May, at least a half-dozen annual livestock shows and county fairs adapted to allow 4-H youth to show their animals this spring and summer. Some went virtual, using video clips or videoconferencing for showmanship and software for auctions. Some, such as the Jackson County Lamb Fair, organized in-person events with strict social-distancing rules.

Shelden, 44, grew up in Oregon 4-H, showing cattle and sheep he raised on his family ranch in La Grande. For the Milton-Freewater and Eastern Oregon shows, he used a smartphone to record his son and daughter with their Boer goats.

“It worked out OK,” Shelden said. “It was an opportunity to try something new. It took a lot of time, though. I don’t know how many videos we recorded. The one time the animal did what it was supposed to do, you forgot to hit record. Or the dog runs through the picture.”

Indeed, some of the feedback Carole Smith received from 4-H families was the difficulty involved in making video clips for showmanship.

For years, Smith, the 4-H educator in Union County and Dusty Shelden’s mother, has partnered with Honour Bowen, Union’s 4-H educational program assistant, to organize the youth showmanship and auction at the Eastern Oregon Livestock Show in Union.

The event bills itself as the “oldest show in the Northwest” and annually draws 500-600 4-H and FFA exhibitors from around the state.

When the board that oversees the Eastern Oregon Livestock Show cancelled the in-person event, it gave its blessing to Smith and Bowen to come up with a way for the youth to compete and sell their animals.

For the breeding classes and market animals, they contracted with a company that already was doing virtual livestock shows. That involved submitted video clips for virtual judging. The 90-second clips couldn’t be professionally made.

“We had a demo video showing how you should move your animal around for your video so they had a sample to look at to know what to do,” Smith said. “This was an educational process for the kids. They had to work with their animals to make a good video. I would say they spent more time working with their animals than if they did it in person.”

For the online auction, the exhibitors submitted an image of them with their animal. There was a live auctioneer who drew bids from people who registered on a website.

Smith was worried that the format would lead to lower prices for the animals. Instead, they set new records for price per animal and species.

“It was fun,” she said. “I could see that this could be a wave of the future. Even in a normal year, we can give people the opportunity to watch online and bid online. We had buyers you don’t usually see. You could watch it from home or be out fishing.

“I’ve done this for 22 years, so you get into a routine,” she said. “Anything that’s routine is easier to do. Everything we did this year was new and different, which makes it challenging. Plus, we’re working from home. Honour and I worked closely together but we’re not together. It’s kind of like not having your dance partner. There’s a challenge mentally and emotionally. We didn’t know what we didn’t know.”

Meanwhile, in southwest Oregon, the organizers of the Jackson County Lamb Fair also ventured into unknown territory. After months of planning, in late June they pulled off an in-person show at the Jackson County Fairgrounds – with significant modifications.

“We started planning for this event back in April,” said Lena Hosking, 4-H coordinator in Jackson County. “We had different plans for each phase. We focused on the ‘three S’s: safety, keep it simple, and sell those animals.”

Hosking said her driving force to conduct an in-person show was to provide a sense of normalcy for the members, parents, club leaders and community; to give them something to work for.

“It wasn't our normal show but the process of getting your animal washed, clipped, and showmanship ready was almost the same,” she said. “We also had to make hard decisions. We couldn’t offer the classes we normally do. The public and siblings couldn’t attend. 4-H staff and FFA advisors had to plan for everyone’s safety.”

The event included strict guidelines. For the first time, the lambs went back home after the veterinarian check and weigh-in. No animals stayed overnight. The exhibitors were given a time to show up with their lamb and to stay in their vehicles until called to the check-in and waiting area. Only two adults were allowed per family.

Face coverings were encouraged and nearly everyone complied. The organizers used chalk lines in the staging area to make sure the kids stayed at least six feet apart. They also hired social distancing monitors.

“We had to figure out how to smoothly move people through the fairgrounds,” Hosking said. “To make sure we had clear communications we sent a map to all of our families and leaders. It was a very orchestrated dance. We were very firm that if they were late there were no make-ups. Not one kid missed their class. It all worked out beautifully.”

She said one of the features of the show that got a lot of positive feedback was streaming it live on YouTube. Several people were watching while sitting in their vehicles in the parking lot.

Show organizers tagged 207 lambs in March, and 157 showed up for the event. Every lamb was sold in an online auction.

“Families were concerned about the prices,” Hosking said, “but the average sale per lamb was $1,200, which was fantastic. We then planned and offered modified in-person shows for all of our project areas, from photography to horses. It took a lot of coordination to pull it all off. If you could see those kids’ faces, it was totally worth it.” 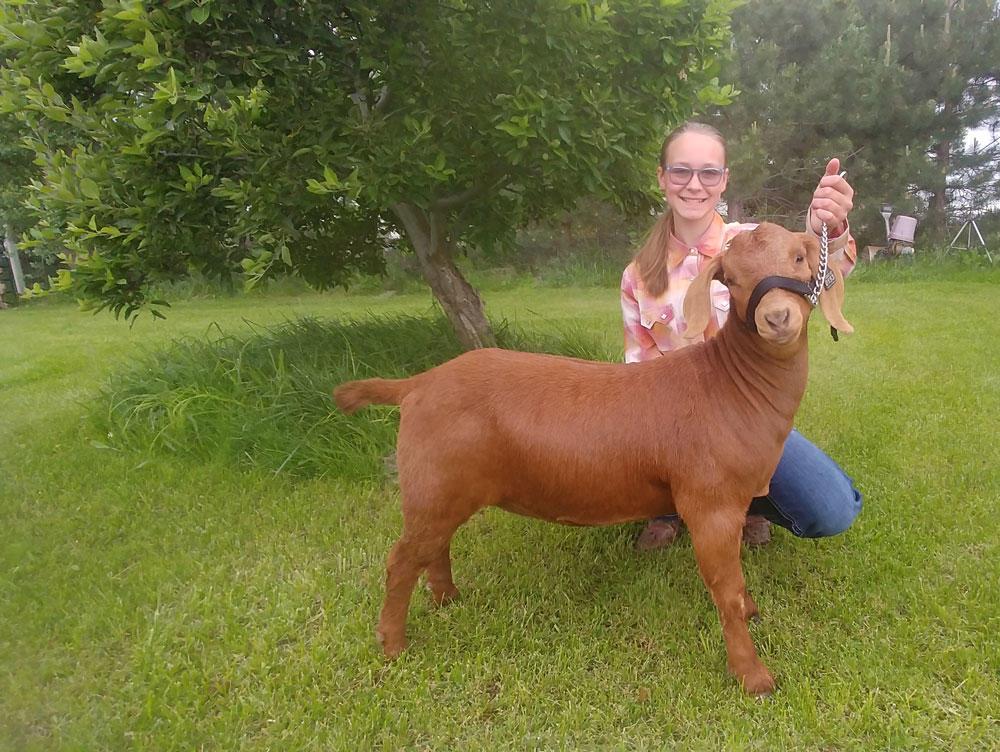 McKenzie Shelden, 12, poses with her Boer goat that she exhibited this year with the 4-H Foggy Mountain Livestock Club in Pendleton. 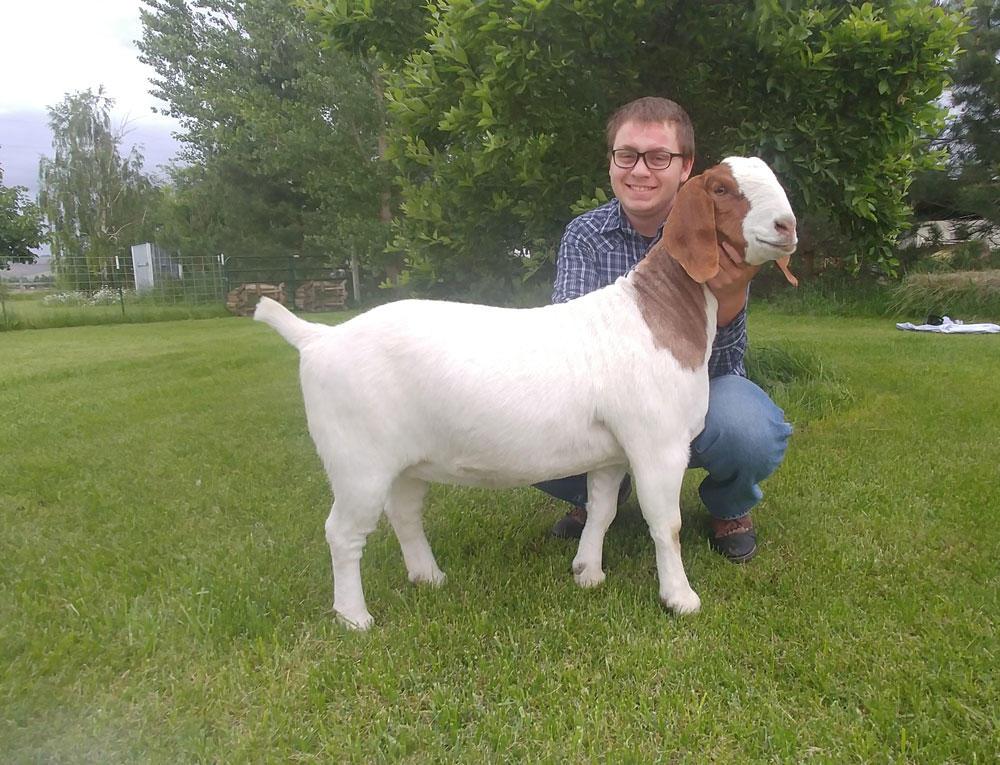 Kalon Shelden, 18, poses with his Boer goat that he exhibited this year with the 4-H Foggy Mountain Livestock Club in Pendleton. 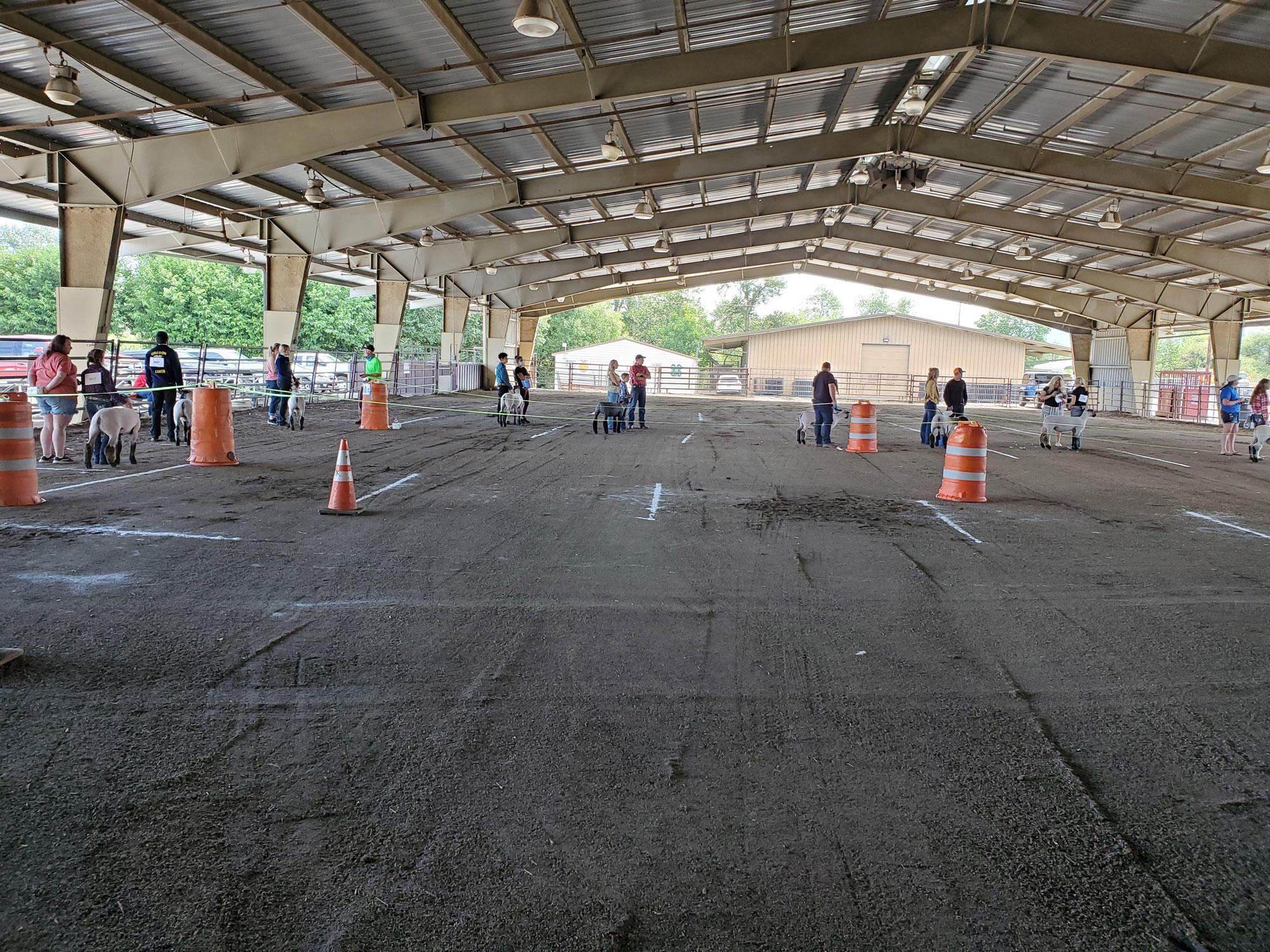 The Jackson County Lamb Fair was held in late June with significant modifications, including 6-foot spacing for the 4-H youth exhibitors.

Reproductive management of the cowherd

Sound reproductive management of the cowherd, using proven methods, is required to accomplish this goal in a manner that is economically efficient and sustains the natural resources of the ranch.

Diseased animals require treatment, which is a cost to producers. Additionally, diseased animals do not perform at their maximum ability, adding to the cost of production due to low returns. Early detection of disease usually allows better outcomes when treatment is promptly implemented. Therefore, it is important to recognize disease early, know how to treat affected animals, and how to prevent disease in the rest of the herd.

This appendix is associated with the publication "Basic Nutrient Requirements of Beef Cattle." It contains a table of requirements for breeding cattle.

Cattle require certain nutrients in specific amounts in order to grow, thrive, and reproduce. This fact sheet describes the nutrients, explains common terms used in feeds and feeding, and provides lists of nutrient requirements by animal type and productivity level.

This Appendix is associated with the publication titled "Balancing Diets for Beef Cattle."

The objective of this article is to provide SUGGESTED management guidelines for cow-calf producers. We encourage producers to evaluate their individual operation(s) and use these guidelines to determine a system that works best for their ranch, environment, and facilities.

This handbook focuses on the calving process, illustrating and explaining the mechanisms associated with this event, in addition to providing information and management options to alleviate the incidence of calving difficulties.

The OSU Across-Breed EPD calculator is a Microsoft Office Excel® Macro-Enabled Worksheet. It has been formatted to run most efficiently in Excel 2016. However, an alternative version that will function using older Excel versions is available. In order for all of the features to work, macros must be enabled. The OSU Across-Breed EPD calculator can be downloaded here or contact your local OSU Extension Office. Data for the program will change yearly according to the most recent USMARC AB-EPD data. Therefore, the software program will change yearly as well. New versions will be made available through this website.

OSU Across Breed EPD Calculator - Instructions for Use 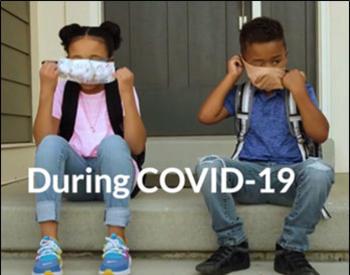 Helping Kids Get Comfortable with Masks

Oregon pediatricians offer advice for parents on helping kids with mask wearing. To keep Oregonians healthy and safe during the COVID-19 pandemic, wearing masks while in public spaces is required for children over 5 years of ... 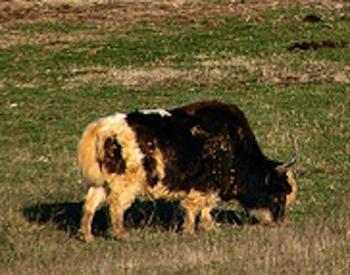 Could a beefalo herd be in my future?

I am interested in raising a small herd of beefalo. Do you have any information on raising beefalo. Particularly the advantages vs. disadvantages. How many head could I start out with on 3 acres? I have access to approximately 20 adjoining acres if need be. 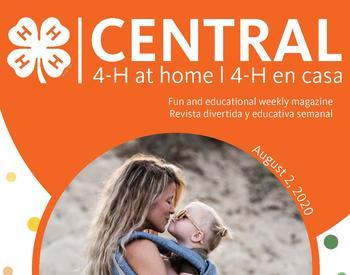 Every issue includes an activity that represents the four “Hs” that figure in the youth development organization’s name: head, heart, hands and health. 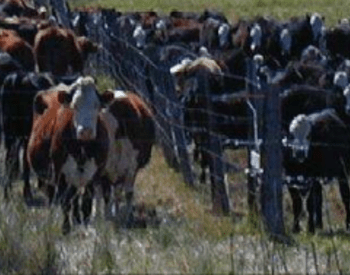 The main objective of a weaning program is to get the calves separated from their mothers and on their own as simply and efficiently as possible. 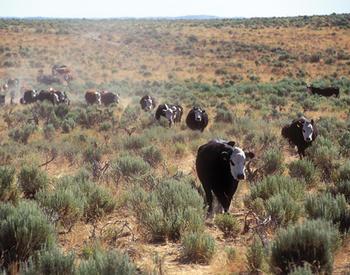 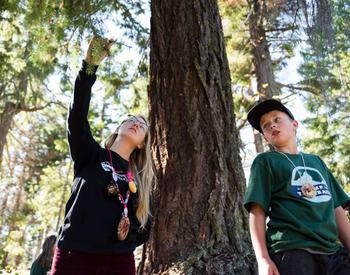