Tens of thousands of wildfires burn millions of acres every year in the United States, according to the Congressional Research Service. According to the National Interagency Fire Center (NIFC) in 2020, approximately 58,950 wildfires were reported in 2020 and 58,985 wildfires reported in 2021; resulting in 7,125,643 acres burned nationally in 2021, compared to 10,122,336 acres in 2020. The resultant smoke, particulates and byproducts (such as ash) expose many humans and animals to injuries from unhealthy air. (The air quality can be determined by the U.S. Air Quality Index, which can be easily assessed at the government site AirNow.)

The composition of smoke depends on the nature of its fuel – different types of wood, vegetation, plastics, construction material, etc. However, smoke is mostly made up of carbon dioxide, carbon monoxide, particulate matter, soot, hydrocarbons and other organic substances including nitrogen oxides and trace minerals. According to the U.S. Environmental Protection Agency, particulate matter — a mixture of solid particles and liquid droplets found in the air — is the principal public health threat from short- and longer-term exposure to wildfire smoke.

While particles from wildfire smoke can vary in size, approximately 90% of total particle mass emitted from wildfires consists of fine particles (i.e., PM2.5, particles 2.5 μm in diameter or smaller). The effects of particulate matter exposure on humans and animals range from eye and respiratory tract irritation to more serious disorders including reduced lung function, bronchitis, exacerbation of asthma, heart failure and premature death.

Common signs of possible smoke or dust irritation in animals

According to the American Veterinary Medical Association (AVMA), animals with cardiovascular or respiratory disease (as observed in humans) are especially at risk from smoke and should be closely watched during all periods of poor air quality resulting from wildfires. Regardless of previous health conditions, the list below presents the most common signs of possible smoke or dust irritation in animals.

If any of your animals experience any of these signs following exposure to wildfire smoke, please consult your veterinarian:

During and after animal exposure to wildfire smoke

Limit exercise, especially if smoke is still visible. Reduce animal exercise as much as possible in order to reduce the airflow into the lungs of poor air quality, which can lead to lung damage. This is especially important for horses due to their huge lung capacity.

A study conducted in Calgary, Canada, after the 2018 wildfires, evaluated the impact of poor air quality on exercise performance in polo horses. After performing lung washes, researchers reported that every horse in the study showed inflammation of the respiratory tract. Further, a reduction in performance was observed, which was only improved after 2½ weeks of improved air quality. Horses had a 15% increase in speed, as well as a 13.2% VO2max, compared to those measures on the first day of improved air quality.

Dry airways make particulate matter remain in the lung and airways, which can potentially worsen the symptoms of smoke exposure.

Provide animals with plenty of fresh water, which should be strategically located near feeding areas. Proper water intake is important to keep the airways moist and facilitates clearance of inhaled particulate matter.

Dry airways allow particulate matter to remain in the lung and airways, which can potentially worsen the symptoms of smoke exposure, and eventually lead to opportunistic infections caused by bacteria, as respiratory defense mechanisms are compromised. Therefore, it's also important to limit dust exposure by feeding low or dust-free feeds. When possible, sprinkle or mist water on animal facilities, pens and stalls to reduce dust particles.

Birds have a breathing system that's different from other mammals. It is characterized by unidirectional airflow and cross-current gas exchange, which makes them more susceptible to exposure to wildfire smoke. When possible, move birds indoors (but in a room with good ventilation) or to locations with better air quality to help reduce complications due to wildfire smoke exposure.

Similarly, pets should be kept indoors to reduce the exposure to wildfire smoke. Dog owners should reduce the time spent outdoors and limit physical activities. For dogs that must be walked or exercised outdoors, owners should look for times of the day when smoke and dust settle, and heat is not at its peak. Further, moderate to intense exercise should be reduced when there is a high or very high-risk rating (AQI exceeding 100).

It is important to remember that some dog breeds (brachycephalic breeds or flat-faced) such as bulldogs, Shih Tzus and pugs are more susceptible to smoke due to their facial anatomy and will require extra attention.

Injury from smoke inhalation has been shown to be dose dependent, with potential for both immediate and long-term harmful effects to the respiratory system. After wildfire smoke exposure, allow animals a long time for recovery, as airway damage resulting from wildfire smoke can take four to six weeks to heal. Particularly for livestock, the attempt to handle, move or transport may aggravate observed conditions or delay the healing process, compromising even more the future performance of the animal.

Quality of water and forages after wildfires

In addition to the risks posed by fire and smoke, ashes can often land on livestock feed and water sources, making producers concerned about the quality of water and forages after wildfires.

After the 2018 Camp Fire in California, University of California Cooperative Extension conducted a study to evaluate the quality of forage samples and livestock drinking water at Butte County, a region affected during the 2018 wildfires. The researchers observed that:

The authors conclude that the toxicology analysis showed that concentrations were unremarkable for livestock forage and water samples taken in the Camp Fire region. However, sending water and feed samples for analysis after a wildfire is advised before offering it to livestock.

Wildfires will happen every year. The best way to protect your family and animals is to be prepared. Have an evacuation plan ready and follow the official guidelines provided. The health condition of an animal that has been burned or exposed to smoke can change drastically in the days and weeks following a wildfire. During the days after a wildfire, it is important to keep track of feeding habits. Not eating and/or drinking, or going off-feed, is an indicator of possible pain or sickness. Therefore, it is important to contact a veterinarian to determine the best path forward as animals might differ in the level and type of treatment required. 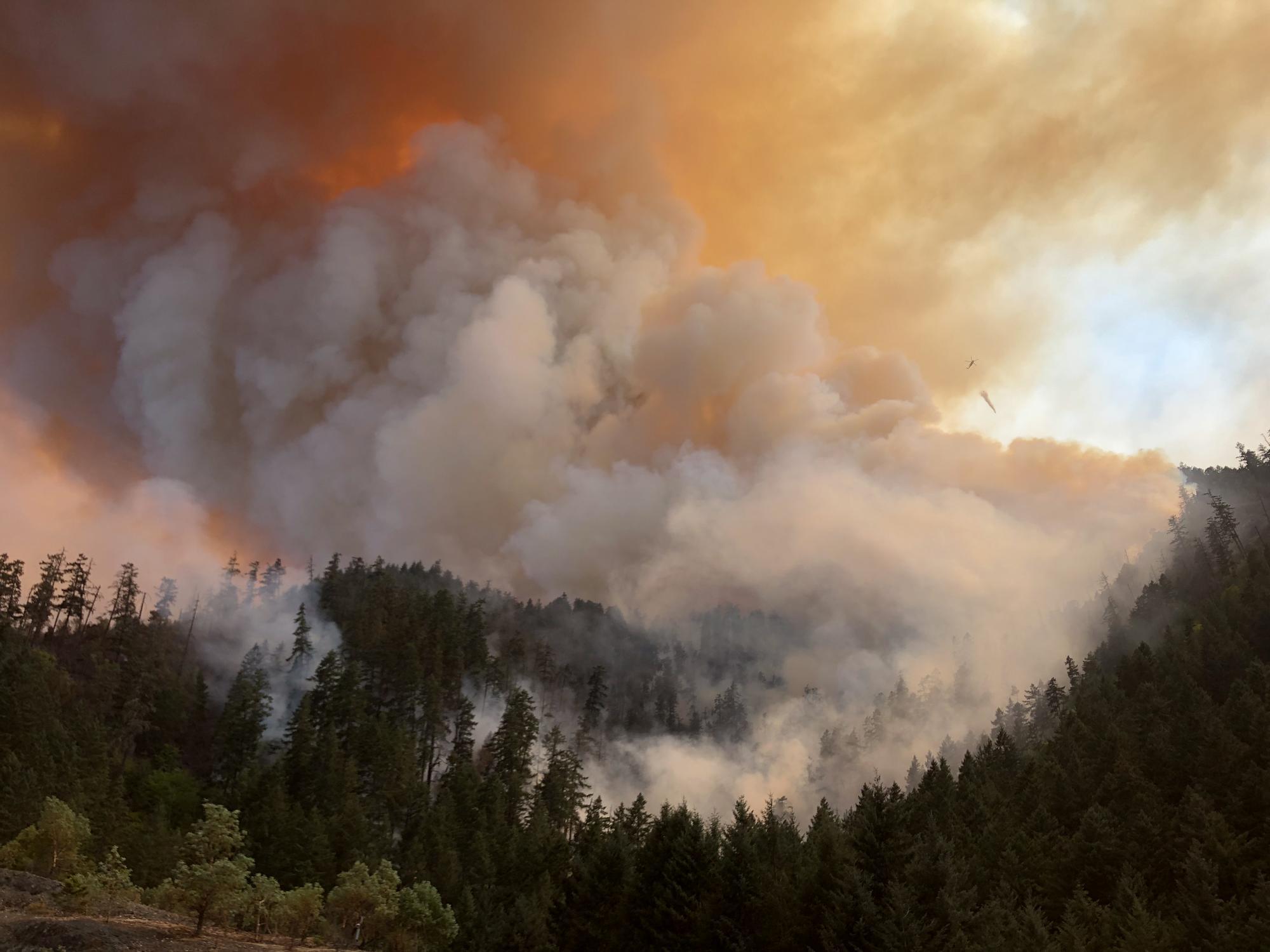 Smoke from wildfires poses a health threat to animals as well as humans. 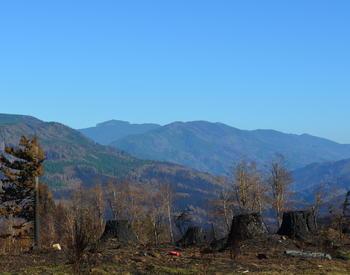 Recovery from the Labor Day fires of 2020 continues

In the aftermath of the Labor Day Fires of 2020, OSU Extension and its partners continue to assess the damage and help landowners move forward with recovery efforts. Rough estimates show a need for 100 million new trees. 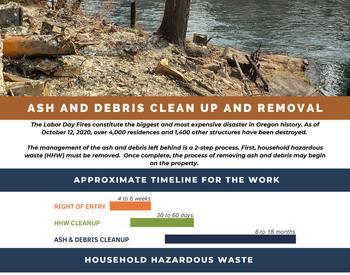 Ash and debris clean up and removal

The Labor Day Fires constitute the biggest and most expensive disaster in Oregon history. As of October 12, 2020, over 4,000 residences and 1,400 other structures have been destroyed. The management of the ash and debris left behind is a 2-step process. First, household hazardous waste (HHW) must be removed. Once complete, the process of removing ash and debris may begin on the property. 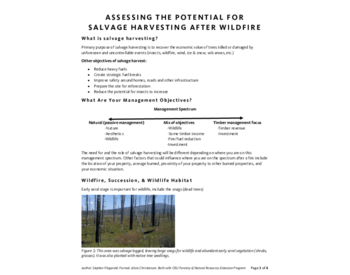 Assessing the potential for salvage harvesting after wildfire 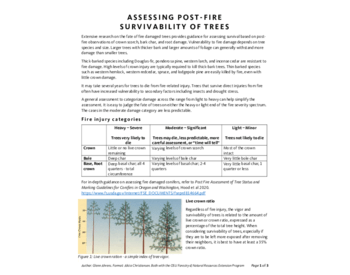 Extensive research on the fate of fire damaged trees provides guidance for assessing survival based on post-fire observations of crown scorch, bark char, and root damage. 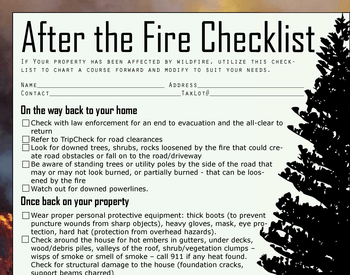 After the fire checklist

If Your property has been affected by wildfire, utilize this checklist to chart a course forward and modify to suit your needs.

A collection of items regarding government agencies for livestock producers 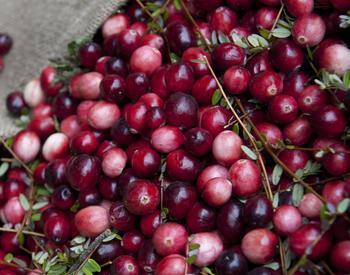 Estimated value of cranberries as a livestock feed

Value analysis of cranberries as a livestock feed in the U.S.

A collection of items concerning livestock auctions, scales, and marketing.

A list of resources for producers wanting to learn more about hay and pastures. 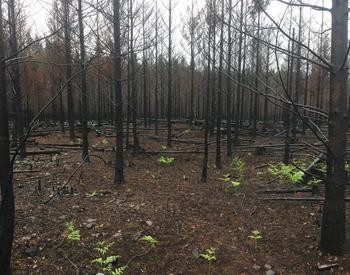 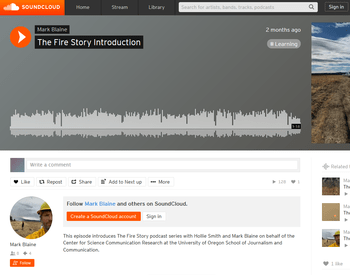 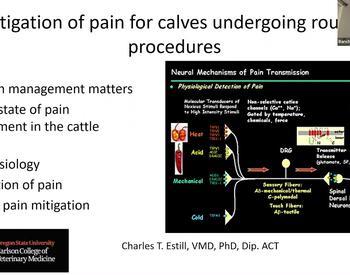 In this video, Dr. Estill discussed the importance of pain management in beef cattle operations, the physiology and recognition of pain, as well as the medication options available for producers and management practices. Other resources from presentation: Slides Dehorning video Castration video 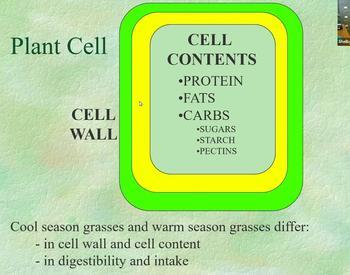 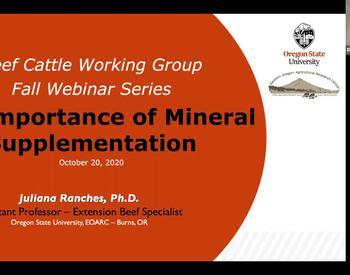 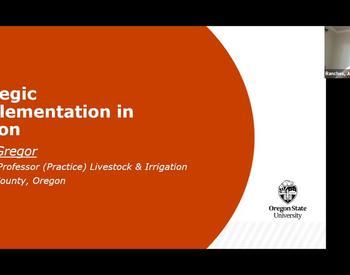 In this video, Ian presents an overview strategic supplementation of protein and energy for beef cattle, with emphasis on low-quality forages. Other resources from presentation: Slides 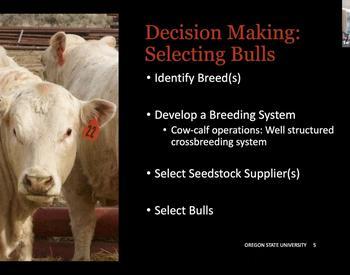 In this video, Dr. Arispe and Morgan (Select Sires) discussed several aspects of EDP values for bull selection and different traits that producers should consider when selecting bulls. Other resources from presentation: Slides Breed EPD averages for and $Values 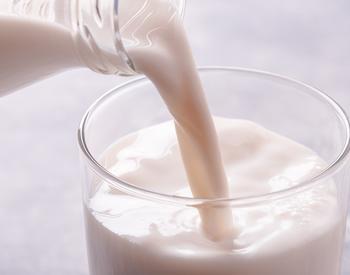